Professor Marcello Pagano and alumna Caroline Jeffery, PhD ’10, contribute to a new study published today in the Proceedings of the National Academy of Sciences, which outlines proposals for a more accurate estimator of health data.

Read full press release from the Liverpool School of Tropical Medicine (LSTM) below:

LSTM’s Professor Joseph Valadez is senior author on a new study published today in the Proceedings of the National Academy of Sciences, which outlines proposals for a more accurate estimator of health data.

Timely and robust data about a population’s health plays an essential role in planning and managing health systems and policies. For decades health information records in low to middle income countries were fragmented and paper-based, but now are rapidly moving to electronic systems. The main electronic system supported by international communities, in 60 countries on four continents, is the District Health Information System-2 (DHIS2). However, LSTM’s team of researchers have shown that this is not as accurate as it needed to be, especially as the world moves towards universal health coverage and a global health agenda that leaves no one behind.

Professor Valadez said: “Countries with the highest burden of infectious disease invariably have the least well-developed health systems. Good intervention coverage is essential to reduce the infectious disease burden. The recurrent health information coming from health facility registries is critical for managing the health system, but it has limitations. It is not representative of the population’s health as it reports the health behaviour of people who attend the clinics. None of these administrative based systems have a measure of their own accuracy, as a result, health system managers and policy-makers cannot judge their own risk when using the information.” 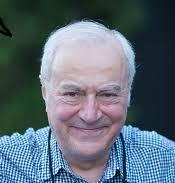 The published study, which is the result of work funded by the Bill and Melinda Gates Foundation in India, and carried out jointly with Professor Pagano of Harvard University, and LSTM’s Dr. Caroline Jeffery, describes a system whereby health systems researchers, decision-makers and policy-makers can measure the error in any estimates in the data by combining Health Information System (HIS) data with probability surveys to generate a hybrid estimator. The hybrid prevalence estimate can be used to validate and then, if necessary, moderate HIS administrative estimates of coverage.

The team carried out household surveys in Benin and Madagascar during the administration of two intervention coverages as part of Child Health Day, the results of which were combined with HIS data to provide an estimator with its own measure of accuracy as well as the accuracy of the HIS data. This allowed for more accurate health information than utilising source data alone.

Professor Valadez continued: “Here we provide a simple and new statistic to combine national recurrent health information databases, with basic localised survey data to provide a more accurate assessment of an intervention’s coverage on which actions can be based to drive down the burden of disease. Our new method also produces for the first time, a measure of the error in recurrent health system data.”

The team recommend that estimators generated should be incorporated into the DHIS2 to appraise data quality and guide decision-makers in their use of HIS data, and that it be rolled out globally with the DHIS2.