Joseph Newhouse, PhD, is the John D. MacArthur Professor of Health Policy and Management at Harvard University, director of the Division of Health Policy Research and Education, chair of the Committee on Higher Degrees in Health Policy, and director of the Interfaculty Initiative in Health Policy. He is a member of the faculties of the Harvard Kennedy School, the Harvard Medical School, the Harvard T.H. Chan School of Public Health, and the Faculty of Arts and Sciences, as well as a faculty research associate of the National Bureau of Economic Research. He received BA and PhD degrees in economics from Harvard University and in June 2016 received an honorary PhD degree in public policy from the Pardee RAND Graduate School. Following his BA, he was a Fulbright scholar in Germany. Dr. Newhouse spent the first twenty years of his career at RAND, where he designed and directed the RAND Health Insurance Experiment. From 1981 to 1985, he was head of the RAND Economics Department.

In 1981, he became the founding editor of the Journal of Health Economics, which he edited for 30 years. He is a current member of the editorial board of the New England Journal of Medicine and a past member of the editorial board of the Journal of Economic Perspectives. In 1977, he was elected to the National Academy of Medicine (formerly the Institute of Medicine) and served two terms on its governing Council. In 1995, he was elected a fellow of the American Academy of Arts and Sciences. He is a past president of the Association for Health Services Research (AHSR), now AcademyHealth, of the International Health Economics Association, and was the inaugural president of the American Society of Health Economists. He is a member of the Comptroller General’s Advisory Committee. He has served as the vice-chair of the Medicare Payment Advisory Commission, which reviews Medicare payment policy and makes recommendations to Congress. This commission resulted from the 1997 merger of two predecessor commissions, the Prospective Payment Assessment Commission and Physician Payment Review Commission. Newhouse chaired the former and served as a commissioner on the latter. From 2007-2012, he served on the CBO Board of Health Advisers, from 2006-2012 on the Committee on National Statistics, from 2004-2012 on the Science, Technology, and Economic Policy board of the National Research Council, and from 1999-2003 as a regent of the National Library of Medicine. He is a director of Aetna, Abt Associates, and the National Committee for Quality Assurance.

In 2014, he won the Victor R. Fuchs Lifetime Achievement Award from the American Society of Health Economists. He was the first recipient of the David N. Kershaw Award and Prize of the Association for Public Policy and Management in 1983, which honors persons under 40 who have made a distinguished contribution to the field of public policy analysis and management. In 1988, he received the Baxter Health Services Research Prize for an unusually significant contribution to the improved medical care of the public through innovative health services research, as well as the Administrator’s Citation from the Health Care Financing Administration. He received AHSR’s Distinguished Investigator Award in 1992 and the Hans Sigrist Foundation Prize for distinguished scientific achievement in 1995, along with the American Risk and Insurance Association’s Elizur Wright Award for a contribution to the risk management and insurance literature for Free for All?. In 2000, he and his co-authors received the first Zvi Griliches Award for Are Medical Prices Declining?. In 2001 and again in 2013, he and his co-authors won the Kenneth J. Arrow Award for the best paper in health economics for How Does Managed Care Do It? and The Oregon Health Insurance Experiment; the latter also won the 2013 HSR Impact Award from AcademyHealth. In 2003, he won the Paul A. Samuelson Certificate of Excellence from TIAA-CREF for Pricing the Priceless.  In 2009, he won the Everett Mendelsohn Excellence in Mentoring Award from the Harvard Graduate School. 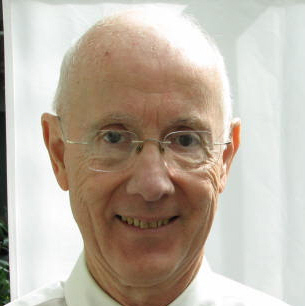