L.J. Wei’s research is in the area of developing statistical methods for the design and analysis of clinical trials. In 1977-78 he introduced the “urn design” for two-arm sequential clinical studies. This design has been utilized in several large-scaled multi-center trials, for example, the Diabetes Control and Complications Trial sponsored by the NIH and the Matching patients to Alcoholism Treatments sponsored by NIAAA.

In 1979, he proposed a response adaptive design, a randomized version of Marvin Zelen’s play the winner rule, was used in the ECMO trial, a well-known study which evaluated extracorporeal membrane oxygenation for treating newborns with persistent pulmonary hypertension. Currently several trials sponsored by private industry are using this particular design to relax the ethical problem arising in using the conventional 50-50 randomization treatment allocation rule clinical studies. To monitor trials sequentially for economic and ethical reasons, in 1982 Wei and his colleagues presented a rather flexible monitoring scheme, which has become a classical reference for the literature in interim analysis for clinical trials.

Dr. Wei has developed numerous methods for analyzing data with multiple outcome or repeated measurements obtained from study subjects. In particular, his “multivariate Cox procedures” to handle multiple event times have become quite popular. He and his colleagues are also responsible for developing alternative models to the Cox proportional hazards model for analyzing survival observations. 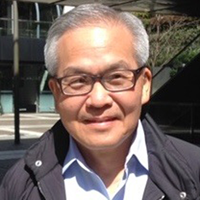