Malaria remains one of the most serious infectious diseases of humans with an estimated 500 million new infections and approximately 2 million deaths each year. We are interested in understanding the processes that underlie the pathogenesis of human malarial disease at the cellular and molecular level.

Plasmodium falciparum is a protozoan parasite, which multiplies exponentially in red blood cells (erythrocytes) in the course of its life-cycle, resulting in the clinical symptoms associated with severe malaria. We have developed transfection-based molecular and cell biological tools for the functional analysis of genes that may be involved in the initiation and progression of disease. We are also developing forward genetic screens for the identification of new molecules associated with virulence. These advances have coincided with the complete sequencing of the P. falciparum genome, which provides us with a blueprint to unravel the unique biology and genetics of this organism.

In the laboratory, we focus on the molecular basis of erythrocyte invasion by P. falciparum. To initiate a blood-stage infection, invasive forms (known as merozoites) recognize multiple receptors on the surface of the erythrocyte, after which they signal to initiate a cascade of intracellular events to complete the invasion process. We are interested in elucidating the functions of the molecules involved in this complex process. Such an understanding is a prerequisite for the rational design of vaccines directed against this life-cycle stage.

Also of interest is the regulation of antigenic variation in P. falciparum-infected erythrocytes. Following invasion, P. falciparum remodels the infected erythrocyte with the export of various proteins to the erythrocyte surface. Amongst these is a family of molecules, encoded by the var gene family, that are central both to the adherence of infected cells to specific human endothelial receptors and to the evasion of host immune responses raised against this adhesin. We are studying the mechanisms of gene silencing that lead to the mutually exclusive expression of a single member of the var gene family. This includes an understanding of the unique telomere biology of the parasite.

We also have a long-standing interest in elucidating the molecular basis of P. falciparum drug-resistance. In the absence of an effective vaccine, chemotherapy is the mainstay of malaria treatment. This is becomingly increasingly compromised through the development and spread of antimalarial resistance.

We are engaged in field projects with collaborators in malaria-endemic areas, including Senegal, Nigeria and Tanzania, to determine the relevance of our laboratory findings in different epidemiological settings. 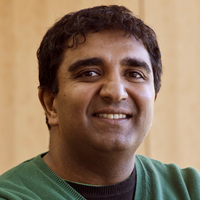