Obesity, once thought to be little more than an unfortunate failure of will and self-restraint, has much deeper and more complex roots. Genes clearly play a role in driving an individual’s propensity to gain excess weight, as does the environment and gene-environment interactions. Early-life influences, beginning with the intrauterine environment and continuing through the first few years of life, also shape the trajectory of weight gain and body fatness throughout the life course.

Later data showing that higher birth weight is also associated with obesity, diabetes, and other adult diseases has helped extend this concept into the “developmental origins hypothesis,” which encompasses the preconception period as well as many critical periods of fetal and infant development. During each of these periods, several factors appear to have a substantial impact on obesity in childhood and adulthood. This article briefly outlines some of the key prenatal and early life influences on the development of adult weight and obesity.In the 1980s, intriguing research from British epidemiologist David Barker and colleagues sparked a flutter of research into what was then called the “fetal origins hypothesis” of chronic disease. (1) They proposed that coronary heart disease, type 2 diabetes, stroke, hypertension, and other chronic diseases develop in part due to undernutrition during fetal life and infancy. (2)

The warm, nutrient- and hormone-rich environment of the uterus has a profound effect on fetal development. Brief or fluctuating changes in the intrauterine environment at critical or sensitive periods of the developmental process, as well as longer term alterations, could have irreversible, lifelong consequences. Three modifiable prenatal factors that appear to shape fetal nutrition and health in later life are

It makes intuitive sense that the mother’s diet during pregnancy should also affect fetal development and birth weight, but evidence for this is inconsistent. 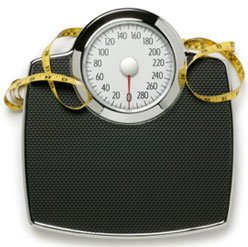 once considered normal by the IOM actually increases the risk of childhood obesity.

Project Viva, for example, is a Boston-area study that began following more than 2,000 pregnant women and their offspring from soon after the women discovered they were pregnant, and it will continue following the women and children at least through early adolescence. Using data from this cohort, investigators looked at the relationship between a mother’s weight gain during pregnancy, defined by the 1990 IOM guidelines, and her child’s risk of obesity at age 3.

More recently, a population-based cohort study of sibling births in Michigan and New Jersey between 1989 and 2003 noted a consistent association between pregnancy weight gain and birth weight among 513,501 women and their 1,164,750 offspring. (6) Compared with infants of women who gained 18-22 pounds during pregnancy, infants of women who gained more than 53 pounds during pregnancy were about 5 ounces heavier at birth and were twice as likely to weigh more than 8.8 pounds at birth.

Weight gained during pregnancy is primarily adipose (fat) tissue. Proliferation of adipose tissue is often accompanied by a state of relative insulin resistance starting in mid-pregnancy. This adaptive response allows for more efficient transfer of glucose and other fuels across the placenta, so the fetus can grow. But it may also subject the fetus to periods of high blood glucose and elevated insulin. These can lead to increased body fat, which generally manifests as larger size at birth. (7) Many studies show that birth weight is directly associated with later BMI, (8–10) so it makes sense that gestational diabetes in a mother may contribute to obesity in her child.

Environmental influences don’t stop with birth. Instead, they merely shift from a small, confined space largely controlled by the mother’s genes, lifestyle, and physiology to an unbounded environment with equally influential effects. Three modifiable postnatal factors during infancy that influence weight in later life include

Accelerated weight gain during the first weeks or months of life is associated with higher BMI or obesity later in life. A systematic review by Baird and colleagues in 2005 looked at 10 studies of infant weight-gain patterns and later obesity risk. Seven of the 10 found that infants with more rapid early growth had a higher risk of later obesity than infants with normal growth. (15) 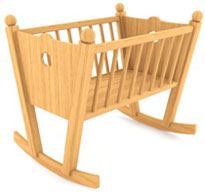 Intriguing work has revealed an association between short sleep duration and weight gain in adults. (19) A similar association may hold for infants.

In a prospective cohort study of 915 children, infants who slept fewer than 12 hours a day had double the odds of being overweight at age 3, compared with infants who slept more than 12 hours a day. (20) Factors associated with shorter infant sleep duration include maternal depression during pregnancy, early introduction of solid foods (before 4 months), and infant TV viewing. (21)

Although prenatal and postnatal determinants of obesity operate at different times in the life course, they have additive or synergistic effects and must be considered together when trying to gauge the impact of developmental influences on obesity in later life.

Using data from 1,100 mother-child pairs enrolled in Project Viva, Gillman and colleagues modeled the impact of four potentially modifiable developmental determinants of obesity-maternal smoking during pregnancy, gestational weight gain, duration of breastfeeding, and infant sleep-on child obesity at age 3. Among children with optimal levels of all four (those whose mothers did not smoke and did not gain too much weight during pregnancy, who were breastfed for at least one year, and who got at least 12 hours of sleep on an average night), the predicted probability of overweight was 6 percent. Among children who had adverse levels of all four factors, the probability of being overweight at age 3 was 29 percent. (22) Such a range suggests that targeted interventions could substantially reduce childhood obesity and its consequences later in life.

Nutrition and other lifestyle factors during several early periods in the lifecycle-just before conception, the months spent in utero, and the months after birth-can have profound effects on an individual’s weight at birth, during childhood, and on into adulthood. These are also potentially optimal times for intervention, for two reasons: Women may be more receptive to making lifestyle changes as they prepare to get pregnant and when they are pregnant to increase the likelihood of having a healthy baby. And after giving birth, many women are willing to make substantial changes to raise a healthy infant. Here are five key messages for clinicians to give to women of childbearing age that could help improve their health and the health of their children, and limit the current epidemic of obesity:

10. Rogers I. The influence of birthweight and intrauterine environment on adiposity and fat distribution in later life. Int J Obes Relat Metab Disord. 2003; 27:755-77.