Waking Up to Sleep’s Role in Weight Control

A good night’s sleep is one of the keys to good health-and may also be a key to maintaining a healthy weight. There is mounting evidence that people who get too little sleep have a higher risk of weight gain and obesity than people who get seven to eight hours of sleep a night. Given our society’s increasing tendency to burn the midnight oil-in 1998, 35 percent of American adults were getting 8 hours of sleep a night, and by 2005 that had dropped to 26 percent (1)-lack of sleep could be a major contributor to the obesity epidemic.

This article briefly summarizes the latest findings on the link between sleep and obesity in children and adults, and it outlines a few ways that too little sleep could lead to too much weight.

Dozens of studies spanning five continents have looked at the link between sleep duration and obesity in children. Most (but not all) have found a convincing association between too little sleep and increased weight. (2–8) The strongest evidence has come from studies that have tracked the sleep habits of large numbers of children over long periods of time (longitudinal studies), and have also adjusted for the many other factors that could increase children’s obesity risk, such as parents’ obesity, television time, and physical activity.

A British study, for example, that followed more than 8,000 children from birth found that those who slept fewer than 10 and a half hours a night at age 3 had a 45 percent higher risk of becoming obese by age 7, compared to children who slept more than 12 hours a night. (3) Similarly, Project Viva, a U.S. prospective cohort study of 915 children, found that infants who averaged fewer than 12 hours of sleep a day had twice the odds of being obese at age 3, compared with those who slept for 12 hours or more. (6) Maternal depression during pregnancy, introduction of solid foods before the age of 4 months, and infant TV viewing were all associated with shorter sleep duration. (9)

Childhood sleep habits may even have a long-term effect on weight, well into adulthood. Researchers in New Zealand followed 1,037 children from birth until age 32, collecting information from parents on the average number of hours their children slept at ages 5, 7, 9, and 11. (8) Each one hour reduction in sleep during childhood was associated with a 50 percent higher risk of obesity at age 32.

Keep in mind that these are all observational studies-and even though they suggest an association between sleep and weight, they cannot conclusively show that getting enough sleep lowers children’s risk of obesity. More definitive answers may come from randomized clinical trials that test whether increasing infant or childhood sleep lowers the risk of obesity.

The first such trial to look at the influence of a sleep intervention on childhood obesity, fielded in Australia, enrolled 328 7-month-old infants who already had sleep problems, as reported by their mothers. (10) The trial sought to test whether counseling mothers on behavioral techniques to manage infant sleep problems would improve infants’ sleep and also lower mothers’ rates of depression; the researchers followed up at intervals over six years to see if the intervention had any effect on obesity. At one year of age, infants in the intervention group had fewer reported sleep problems than infants in the control group, but there was no difference in sleep duration between the groups; at 2 and 6 years of age, there was no difference in sleep problems or sleep duration between the groups. Thus, it is perhaps no surprise that at 6 years of age, obesity rates were the same in both groups. The study also had serious shortcomings, among them, the fact that 40 percent of the participants had dropped out by the six-year follow-up.

Two large trials currently underway, one in the U.S. and the other in New Zealand, should offer more conclusive evidence on the relationship between sleep duration and obesity. (11,12) Both trials are testing whether teaching parents how to develop good sleep and feeding habits in their newborn infants helps prevent the development of obesity during the toddler years. Early results from the U.S. study have been encouraging. (11) 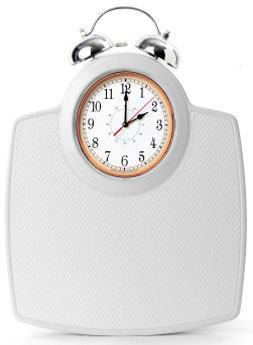 Most studies that measure adults’ sleep habits at one point in time (cross-sectional studies) have found a link between short sleep duration and obesity. (2) Longitudinal studies, though, can better answer questions about causality-and in adults the findings from such studies have been less consistent than those in children. (13)

The largest and longest study to date on adult sleep habits and weight is the Nurses’ Health Study, which followed 68,000 middle-age American women for up to 16 years. (14) Compared to women who slept seven hours a night, women who slept five hours or less were 15 percent more likely to become obese over the course of the study. A similar investigation in the Nurses’ Health Study and the Nurses’ Health Study II, a cohort of younger women, looked at the relationship between working a rotating night shift-an irregular schedule that mixes day and evening work with a few night shifts, throwing off circadian rhythms and impairing sleep-and risk of type 2 diabetes and obesity. (15) Researchers found that the longer women worked a rotating night shift, the greater their risk of developing diabetes and obesity.

Other researchers have fielded smaller, shorter longitudinal studies on adult sleep habits and weight in the U.S. and Canada as well as the U.K. and Europe. (13) Some have found a link between short sleep duration and obesity, while others have not. Interestingly, a few studies in adults have reported that getting too much sleep is linked to a higher risk of obesity. (2,16) This is most likely due to a phenomenon that researchers call “reverse causation.” People who sleep for longer than normal may have an obesity-related condition that has led to their longer sleep habits-sleep apnea, obstructive lung disease, depression, or cancer, for example-rather than long sleep coming first and then leading to obesity.

An in-process pilot study may provide more answers on whether getting a longer night’s sleep can help with weight loss. (17) Researchers are recruiting 150 obese adults who are “short sleepers” (who sleep fewer than 6.5 hours a night) and randomly assigning them to either maintain their current sleep habits or else receive coaching on how to extend their nightly sleep by at least half an hour to an hour. Investigators will track study participants’ sleep habits and weight for three years.

How Does Sleep Affect Body Weight?

Researchers speculate that there are several ways that chronic sleep deprivation might lead to weight gain, either by increasing how much food people eat or decreasing the energy that they burn. (2)

The Bottom Line: Sleep is a Promising Target for Obesity Prevention

There is convincing evidence that getting a less than ideal amount of sleep is an independent and strong risk factor for obesity, in infants and children as well as in adults. Most of the research thus far, however, has consisted of observational studies, and it remains to be seen whether teaching children or adults how to get a better night’s sleep can lower their risk of obesity or help them lose weight. Randomized clinical trials that are currently underway may soon provide more answers.

Some researchers have cautioned against being too quick to promote sleep as an answer to the obesity epidemic, given the shortcomings of the research conducted to date. (10,24) Yet from a public health perspective, there is little risk in encouraging healthy sleep through lifestyle changes, such as setting a consistent bedtime, limiting caffeine late in the day, and curtailing high-tech distractions in the bedroom. (25) Good sleep habits have other benefits, too, like boosting alertness at school or work, improving mood, and enhancing overall quality of life. That’s all the more reason to put a long night’s sleep on the short list for obesity prevention.

How much physical activity and sleep do children need?