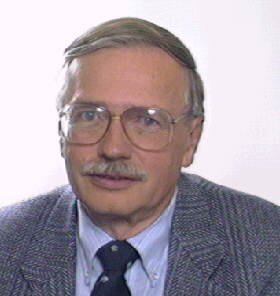 The Genome Project has stimulated a number of recent articles and books on eugenics. Dr. Dyck's most recent research came from a request by the publishers of Collier's Encyclopedia for a substantial entry on eugenics. Genetics has tried to distance itself from the violations of human rights, fostered by studies of inheritance by physicians and other scientists, ranging from compulsory and coerced sterilization to genocide. But the voluntary involvement of physicians and scientists in these policies is well documented. And they developed the categories of what kinds of people should be regarded as unfit to procreate and, in some cases, unfit to live. Dr. Dyck plans to continue to explore the potential for good and evil in genetic research and its applications.

Another recent and continuing project for Dr. Dyck is the debate over universal access to health care and how to accomplish it. It is interesting to note that this debate is over 75 years old in America. Equally interesting is that the defeat of proposals has occurred in the context of competing plans. Intellectuals have always predicted victory. What has been blurred in these debates is whether individuals who are to be granted access have a right to have their medical needs met, medical needs discovered by a medical diagnosis. If only some medical needs are to be met because of attempts to save money, then the right to actual care will be denied to some. Dr. Dyck will continue to study ways to achieve cost saving that do not compromise medical care and the individual rights.

Dr. Dyck continues to study ethical issues that arise in the context of care for the dying. Events have heated up some of the controversies over the range of care physicians ought to provide. Historically, the struggle of medicine was to separate healing and killing, and to establish trust in the physician-patient relation. Presently, some physicians wish to merge these roles again, for the sake of what they regard as a merciful end to suffering. This surely requires careful research and careful monitoring of the experiment in Holland. Dr. Dyck's current research is an analysis and evaluation of the arguments dividing U.S. courts on physician-assisted suicide. He has signed two book contracts with Pilgrim Press: one will elaborate and extend the work most recently published (as cited); the other will be a reader documenting diverse perspectives as found in theological, philosophical, medical, and legal literature, and in U.S. courts.

Beyond theological conflict in the courts: the issue of assisted suicide.

Euthanasia and assisted suicide: how should physicians respond?

Being a physician and being ethical.

Physician-assisted suicide: is it ethical?

The image of God: an ethical foundation for medicine.

The President's Commission for the Study of Ethical Problems in Medicine: its view of the right to life.

Ethical aspects of care for the dying incompetent.

Mental retardation as a label: a problem in justice.