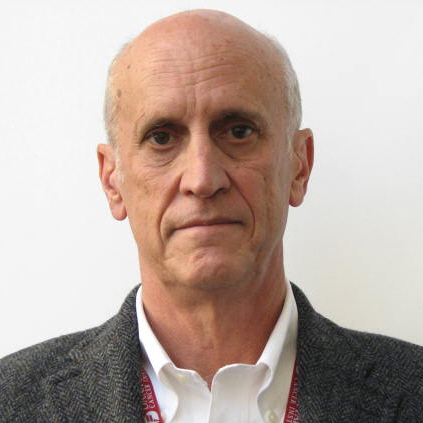 David Harrington is involved in two different lines of research. The first is research in statistical methods for clinical trials and prospective cohort studies in which the time to an event is a primary outcome. He has worked in efficient nonparametric tests and regression methods for right-censored data, sequential designs for clinical trials, and nonparametric methods for estimating nonlinear covariate effects on survival. Recently, he and co-workers in the Department of Biostatistics have been studying methods for analyzing survival data when some covariates have missing observations. Missing data are common in both prospective and retrospective cohort studies, and simply ignoring cases with missing observations can lead to substantial biases in inference.

Dr. Harrington is also involved in collaborative research in cancer. He is the principal investigator of the Statistical Coordinating Center for the Cancer Care Outcomes Research and Surveillance (CanCORS) Consortium. This NCI-funded study is a network of sites around the country that are conducting a population-based study of access to and outcomes from cancer care, with special focus on ethnic subgroups and subgroups defined by age. Dr. Harrington's primary interest is in hematologic malignancies, and he has worked in that area with Dana-Farber investigators. He and Margaret Shipp of the Dana-Farber co-chaired the Internationl non-Hodgkin's Lymphoma Prognostic Factors Project, a collobration of United States, Canadian and European treatment centers. He is also currently the project leader of the Biostatistics Core and Director of the Biostatistics Research Program in the newly founded Dana-Farber/Harvard Cancer Center (DF/HCC). DF/HCC is a consortium of seven institutions in the Harvard Medical Area with the common goal of understanding and curing cancer.

Preterm Birth and 17OHP - Why the FDA Should Not Withdraw Approval.

The FDA and the Importance of Trust.

The Urgency of Care during the Covid-19 Pandemic - Learning as We Go.

Inhibitors of the Renin-Angiotensin-Aldosterone System and Covid-19.

The Impact of Stroma Admixture on Molecular Subtypes and Prognostic Gene Signatures in Serous Ovarian Cancer.

New Guidelines for Statistical Reporting in the Journal.

Clinical characteristics and treatment outcomes in a cohort of patients with pyogenic and amoebic liver abscess.

Heart and Lung Transplants from HCV-Infected Donors to Uninfected Recipients.