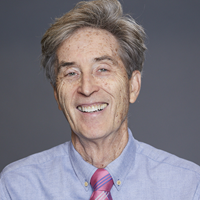 David Hemenway, Ph.D., Professor of Health Policy, is Director of the Harvard Injury Control Research Center. He formerly spent a week each year at the University of Vermont as a James Marsh Visiting Professor-at-Large.

Dr. Hemenway has written widely on injury prevention, including articles on firearms, violence, suicide, child abuse, motor vehicle crashes, fires, falls and fractures. He headed the pilot for the National Violent Death Reporting System, which provides detailed and comparable information on suicide and homicide. In 2012 he was recognized by the Centers for Disease Control & Prevention as one of the "twenty most influential injury and violence professionals over the past twenty years."

In articles on insurance, Dr. Hemenway described a general reason why low-risk individuals often buy insurance, and coined the term "propitious selection." Recent economic studies have focused on empirically determining which goods are more and less positional (e.g., bought largely to "keep up with the Joneses"). An early statistics article, Why Your Classes are Larger than Average, has been anthologized in various mathematical collections.

Dr. Hemenway has written five books. Industrywide Voluntary Product Standards (1975) describes the role of voluntary standards and standardization in the U.S. economy. Monitoring and Compliance: the Political Economy of Inspection (1985) describes the importance of inspection processes in ensuring that regulations are followed, and the reasons the system often fails. Prices and Choices (3rd edition) (1993) is a collection of twenty-six of his original essays applying microeconomic theory to everyday life.

While You Were Sleeping: Success Stories in Injury and Violence Prevention (2009) describes more than sixty successes, and over thirty heroes who have made the world safer. This readable book helps answer the questions "What is public health?" and "What is the public health approach?" To read more about this ode to public health, click here for Dr. Hemenway's book blog.

Associations between having been threatened or injured with a weapon and substance use and mental health among high school students in the United States.

Positional goods and the underfunding of public health.

Australian Firearm Regulation at 25 - Successes, Ongoing Challenges, and Lessons for the World.

Emotional and physical symptoms after gun victimization in the United States, 2009-2019.

Let's make it a priority to improve injury data.

The association between weather and the number of daily shootings in Chicago (2012-2016).

Toward a Deeper Understanding of Gun Violence.

A Typology of Civilians Shot and Killed by US Police: a Latent Class Analysis of Firearm Legal Intervention Homicide in the 2014-2015 National Violent Death Reporting System.

How to reduce gun violence in a nation of guns

Compared with other high-income countries, the U.S. has more guns and weaker gun laws—fuel for the nation’s gun violence epidemic, according to experts. Fears related to the coronavirus pandemic, social unrest, and the upcoming election are contributing to record gun sales in the U.S.—and more guns to lead to more deaths, says a Harvard Chan expert. In December, Congress voted to approve $25 million for gun violence research. Experts hope the new funding will shed light on questions about gun ownership and the effectiveness of firearm policies and violence prevention efforts. The new funding… Some communities have designated certain public spaces, like courthouses and municipal buildings, as gun-free zones. But experts say there’s no conclusive evidence as to whether establishing such zones increases safety. A December 4, 2019 story on WAMU (Washington,… The federal government has not taken steps to reduce gun violence in the U.S., even after a spate of mass shootings. But other entities—such as state governments, foundations, and corporations—may be spurred to take action, according to Harvard…