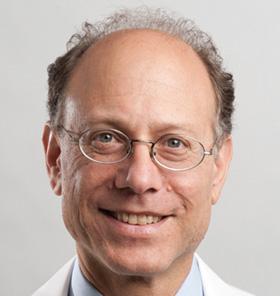 Professor in the Department of Nutrition

Dr. Ludwig is a practicing endocrinologist and researcher at Boston Children’s Hospital. He holds the rank of Professor of Pediatrics at Harvard Medical School and Professor of Nutrition at Harvard School of Public Health. Dr Ludwig Founded the Optimal Weight for Life (OWL) program at Children's Hospital, one of the country’s oldest and largest multidisciplinary clinics for the care of overweight children. He also directs the New Balance Foundation Obesity Prevention Center at Children’s Hospital. His research focuses on the effects of diet on hormones, metabolism and body weight. In particular, he developed a novel “low glycemic load” diet (i.e., one that decreases the surge in blood sugar after meals) for the treatment of obesity and prevention of type 2 diabetes and heart disease. In addition, he conducted some of the original studies linking sugar-sweetened beverages and fast food to obesity. Described as an “obesity warrior” by Time Magazine, Dr. Ludwig has fought for fundamental policy changes to improve the food environment. He received the E.V. McCollum Award (2008) of the American Society for Nutrition and the Oded Bar-Or Award (2015) of The Obesity Society. Dr. Ludwig is Principal Investigator on numerous grants with 20 years of continuous NIH funding, including a current K24 mid-career mentoring grant. He has published over 150 scientific articles and serves as Contributing Writer for JAMA. Dr. Ludwig has written 2 books for the public, including the #1 New York Times bestseller Always Hungry? Conquer Cravings, Retrain Your Fat Cells, and Lose Weight Permanently (Grand Central Publishing, 2016). He appears frequently in national print and broadcast media.

The Lipid Energy Model: Reimagining Lipoprotein Function in the Context of Carbohydrate-Restricted Diets.

Obesity and Impaired Metabolic Health Increase Risk of COVID-19-Related Mortality in Young and Middle-Aged Adults to the Level Observed in Older People: The LEOSS Registry.

An integrated model of obesity pathogenesis that revisits causal direction.

The science underpinning the U.S. Department of Agriculture’s (USDA’s) recommendation of three servings of dairy per day is thin, according to experts from Harvard T.H. Chan School of Public Health. In a February 14, 2020 WebMD.com article, Walter…

Advice for a healthy diet

One of the side effects of the keto diet is that it changes the way the body handles oxygen deprivation.

The type of sugar used during beer fermentation doesn't have much effect on nutritional quality.

Cutting carbs, not calories, may be key to long-term weight loss