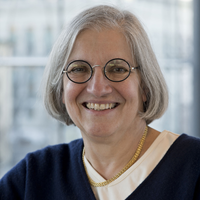 Protozoan parasites remain major causes of disease in developing countries throughout the world, yet little is known about the biology or molecular biology of these organisms. The long term goal of this work is to understand basic molecular mechanisms in protozoan parasites with the goal of discovering and applying parasite specific interventions.

The approach my laboratory has taken is to develop methods for molecular genetic manipulation of protozoan parasites in order to begin functional analysis of genes important for parasite virulence, with an emphasis of mechanisms of drug resistance in parasites. Drug resistance poses a particularly difficult problem in developing countries where newer chemotherapeutic agents are often unavailable or too expensive for routine use. Drug resistance is particularly acute in malaria where resistant parasites have spread throughout the endemic world.

In parallel, my laboratory has recently developed an analogous transfection system for the malaria parasite. By analyzing these two protozoan systems in parallel, one where the molecular tools are readily available and the other in which drug resistant parasites represent a major and immediate threat to world health, I hope both to understand the mechanism of drug resistance in protozoan parasites and to use this information to develop new approaches to either preventing or reversing drug resistance in these organisms.

Member
Institute of medicine of the National Academies

Biomarkers to Distinguish Bacterial From Viral Pediatric Clinical Pneumonia in a Malaria-Endemic Setting.

Chemogenomics identifies acetyl-coenzyme A synthetase as a target for malaria treatment and prevention.

Genetic surveillance for monitoring the impact of drug use on Plasmodium falciparum populations. In October, the World Health Organization (WHO) for the first time recommended a broad rollout of a vaccine that protects against Plasmodium falciparum, the deadliest malaria parasite globally and the most prevalent in Africa.

The long and at times faltering fight against malaria hit a turning point this week when the World Health Organization (WHO) recommended a broad rollout of a vaccine that protects against Plasmodium falciparum, the deadliest malaria parasite globally… December 16, 2020 – In 2010, China announced one of its most ambitious undertakings in public health: It planned to eliminate indigenous cases of malaria within a decade. The disease had a long and lethal history in the country—it’s… Professors Stephen Marks and Dyann Wirth of Harvard T.H. Chan School of Public Health have been named Fellows of the American Association for the Advancement of Science (AAAS). Marks, François-Xavier Bagnoud Professor of Health and Human Rights in…