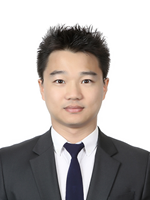 Jongwook Lee is an Assistant Professor in the Department of Agricultural Economics and Rural Development at Seoul National University. As a Visiting Scientist in the Department of Global Health and Population at the Harvard T.H. Chan School of Public Health, he conducts research on modeling risk to catastrophic health expenditure in low- and middle-income countries.

He completed his Ph.D. in Applied Economics in 2019 at the University of Minnesota, focusing on health and educational issues in underprivileged population in low- and middle-income countries. Also, he earned his master's degree in Statistics in 2010 from the University of Chicago, bachelor’s degrees in Mathematics and Economics in 2008 from the University of Maryland, and a bachelor's degree in Anthropology in 2004 from Seoul National University, South Korea. He previously worked as a Research Professional and project manager for the Research on Improving Systems of Education (RISE) Vietnam Country Research Team at the University of Minnesota in 2016-2020. As a Policy Design and Evaluation Research in Developing Countries (PODER) research fellow, funded by the European Commission, he also worked at the Paris School of Economics, France, in 2014-15.

His research interests include issues in global health and health service accessibility, childhood education and human capital development as well as poverty, equity, and quality of life. He has worked on many global interdisciplinary research projects in Vietnam, Malawi, Ethiopia, Indonesia, Bangladesh, the Czech Republic, Nepal, South Korea, and the United States.