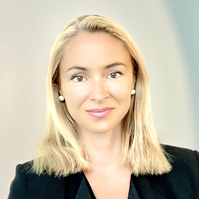 Patricia Geli, PhD, is a Research Scientist in the department of Global Health and Population and Executive Director of the Reform for Resilience Commission's North America Hub. The Reform for Resilience Commission has been created to help shape the new models, metrics and practical policy reforms to help leaders - in the public and private sectors - deliver the changes needed for healthier growth.

Prior to joining Harvard, Patricia worked at the World Bank for a decade, most recently as a Senior Economist and Task Team Leader. In this capacity, she led the development and implementation support of the Africa CDC Project with a total envelope of USD250mn. She served on the World Bank’s COVID-19 task force, and also served on an extended mission in Sierra Leone at the height of the Ebola crisis. Patricia brings tremendous experience of working in situations of Fragility, Conflict and Violence including Central African Republic and South Sudan; and she won numerous awards for excellence during her tenure.

Previously, she worked in The Public Health Agency of Sweden and Resources for the Future.

Modeling the mechanism of postantibiotic effect and determining implications for dosing regimens.

A multi-type branching model with varying environment for bacterial dynamics with postantibiotic effect.

Age- and serogroup-related differences in observed durations of nasopharyngeal carriage of penicillin-resistant pneumococci.

The impact of active intervention on the spread of penicillin-resistant Streptococcus pneumoniae in Swedish day-care centres.