Richard Siegrist is senior lecturer on health care management at the Harvard T.H. Chan School of Public Health where he teaches physician, graduate, and executive education courses on financial management, cost accounting, management control, innovation and entrepreneurship. He is also director of the master in health care management program for physicians and the director of innovation and entrepreneurship. He received the Roger L. Nichols Excellence in Teaching Award for 2008. In addition, he teaches in the Program for Chiefs of Clinical Services, the China Initiative, the South African Executive Leadership Program and the Latin American Health Care Executive Workshop.

Richard Siegrist was previously CEO and chief innovation officer of Press Ganey Associates, South Bend, Indiana, a leading patient satisfaction and performance improvement company in healthcare. Prior to joining Press Ganey, he was founder, president and chief executive officer of PatientFlow Technology, a provider of patient flow consulting and software solutions to hospitals, which was acquired by Press Ganey in January 2009.

He has received two US patents with his brother Donald – #5,652,842 for “Analysis and Reporting of Performance of Service Providers” and #9,141,757 for “Performance Data User Interface”. Richard is also co-author of MBA for Healthcare from Oxford University Press, 2015.

He began his career in health care at New England Medical Center in Boston. Richard holds an MBA from the Harvard Business School, an MS in Accounting from the New York University Graduate School of Business, and a BA in Political Economy from Williams College. He is also a CPA. 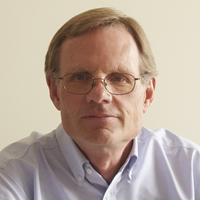