Obesity is a global public health problem. It is well established that obesity is a risk factor for several diseases, including type 2 diabetes, hypertension, and atherosclerosis. Recent evidence indicates that obesity is also a risk factor for asthma, another global public health issue. Both the prevalence and incidence of asthma are increased in the obese. Furthermore, in obese asthmatics, weight loss causes substantial reductions in asthma symptoms, and reduces airway hyperresponsiveness, a characteristic feature of asthma. Obesity also reduces the efficacy of classic asthma therapeutics like corticosteroids. Indeed, asthma control is difficult to achieve in many obese asthmatics, perhaps because they have a different asthma phenotype. Better understanding of the mechanistic basis for obesity-related asthma could lead to new therapeutic modalities that are effective in this population.

We have demonstrated that obese mice have innate airway hyperresponsiveness. Obese mice also have greater responses to ozone, an air pollutant and a common asthma trigger. Human obesity also augments the decrements in pulmonary function that occur following exposure to ozone. Using obese mice, we are investigating the role of the innate immune system and the role of the microbiome in the mechanistic basis for obesity-related asthma.

1.The innate immune system and obesity-related asthma
We are pursuing the hypothesis that interactions between IL-17A and IL-33 contribute to the pathogenesis of asthma in obesity. Increased circulating IL-17A is observed in obesity and data from animal models indicate that IL-17A contributes to the pathogenesis of other co-morbidities of obesity, including glucose intolerance. We have observed increased IL-17A in bronchoalveolar lavage fluid from unexposed obese versus lean mice, greater pulmonary abundance of the messenger RNA for IL-17A in lungs of obese versus lean mice. Others have also reported that sputum IL-17A mRNA is also higher in obese versus lean asthmatics. We have also shown greater ozone induced increases in bronchoalveolar lavage IL-17A in obese versus lean mice. Importantly, IL-17A has the capacity to induce airway hyperresponsiveness, especially in conjunction with IL-33, and we have reported that the innate airway hyperreponsiveness that typically characterizes obese mice is not observed if the mice lack IL-17A. Ongoing studies in our lab have established that blocking IL-17A also attenuates the augmented ozone-induced airway hyperresponsiveness observed in obese versus lean mice. Our current work is focused on understanding the mechanistic basis for the effects of IL-17A and in determining the cellular source of this cytokine. Our hypothesis is that it derives from innate lymphoid cells type 3 (ILC3). Microarray studies that we have carried out in conjunction with investigators in the Department of Biostatistics suggest that the receptor for gastrin releasing protein (GRP), a peptide released from pulmonary neuroendocrine cells in the lungs, may be involved in the effects of IL-17A.

Genetic studies consistently identify IL-33, a cytokine that is released from dead and dying airway epithelial cells, and the IL-33 receptor, ST2, as key asthma candidate genes. IL-33 has multiple effects that may promote asthma, including the ability to induce airway hyperrepsonsiveness. We have demonstrated that ozone causes greater increases in bronchoalveolar lavage IL-33 in obese than in lean mice. Our data also indicate that blocking ST2 attenuates the airway hyperresponsiveness induced by ozone.  These data suggest a role for IL-33 in ozone-induced AHR in obese mice. We are currently pursuing studies to examine the mechanistic basis for the effects of IL-33 focusing on the ability of IL-33 to induce activation of innate lymphoid cells type 2 (ILC2) and the subsequent release of type 2 cytokines that have been shown to contribute to other types of asthma.

Several anti-IL-17A therapeutics are currently in clinical trials for a variety of inflammatory diseases for which IL-17A is believed to play a role. Therapeutics targeting IL-33/ST2 are also in development. Consequently, we are excited that our studies may provide the rationale for rapid translation to new therapies for the obese asthmatic.

2. Microbiome-metabolome interactions
The human gastrointestinal tract is home to trillions of bacteria. Gut microbiota have numerous capabilities that benefit their hosts, including the synthesis of micronutrients, the absorption of key minerals, effects on the immune system, detoxification of drugs and other compounds, and the maintenance of intestinal epithelial function integrity.   Importantly, perturbations in the gut microbiome contribute to gastrointestinal diseases, and transplantation of microbiota from healthy to diseased individuals has even been shown to be effective in treating some illnesses. The gut microbiota are altered in obesity, and these changes appear to contribute to some obesity-related conditions including type 2 diabetes. The impact of obesity-related changes in the gut microbiome on the lung has not been established. We are currently using antibiotic treatment of lean and obese mice to assess the role of the microbiome in ozone- and obesity-related changes in airway responsiveness. We are also performing fecal transplants of feces from obese and lean mice into lean mice to determine whether the altered gut microbiota of obesity can induce a phenotype similar to that observed in obesity.

The metabolome is the set of small molecule metabolites present in a given biological fluid, cell type, or tissue. Many of these metabolites can impact cell function, suggesting that a more complete understanding of the metabolome and its changes in health and disease is essential. Studies using germ free mice and studies using antibiotic treatment have established that the microbiome affects the metabolomes of the intestines, urine, liver, brain, and kidney. Thus, the altered microbiome of obesity may alter metabolites present in the lung that can affect airway function in such a way as to promote asthma.

We performed a metabolomic analysis that indicated profound effects of obesity and of ozone on lung metabolites and also indicated that there are obesity-related differences in the impact of ozone on the lung metabolome. Among the metabolites altered by ozone and ozone were many bacterial-mammalian co-metabolites. A follow-up metabolomic analysis has confirmed substantial differences in the impact of ozone on the lungs of water- versus antibiotic- treated mice. We are currently mining this database of metabolites for compounds that may be responsible for the impact of antibiotics on ozone and/or obesity-induced airway responsiveness, especially metabolites that could be targeted therapeutically for obesity-related asthma. These studies may also pave the way towards development of probiotics or prebiotics with therapeutic efficacy for obesity-related asthma. 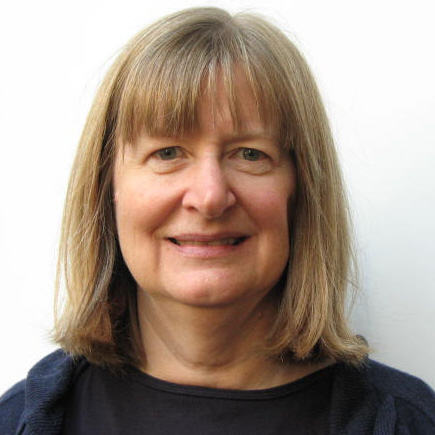