Dr. Rebbeck is the Vincent L. Gregory, Jr. Professor of Cancer Prevention at the Harvard TH Chan School of Public Health and Professor of Medical Oncology at the Dana-Farber Cancer Institute. Dr. Rebbeck’s research focuses on the etiology and prevention of cancer, with an emphasis on cancers with a genetic etiology and those that are associated with disparities in incidence or mortality by race. He has directed multiple large molecular epidemiologic studies and international consortia that have been used to identify and characterize genes involved in cancer etiology, understand the relationship of allelic variation with biochemical or physiological traits, explore interactions of inherited and somatic genomic variation with epidemiological risk factors.

• “Study of Clinical Outcomes, Risk and Ethnicity” (SCORE) is an ongoing, large-scale epidemiological study to evaluate risk factors for prostate cancer, with a focus on genetic markers of etiology and outcomes in African, African American, and European American men. This research began in 1994 as part of Dr. Rebbeck’s Cancer Prevention Academic Award from the NCI and has since grown to include studies of prostate cancer outcomes as well as etiology.

• “Men of African Descent and Carcinoma of the Prostate” (MADCaP) involves 28 centers and over 15,000 men of African descent in North America, the Caribbean, Europe, and Africa to address the global epidemic of prostate cancer in the African diaspora. As a part of this work, Dr. Rebbeck received the 2011 Landon Award for International Research for the development of this consortium and its research and was named a Fulbright Specialist to develop cancer research centers of excellence in Africa in the period 2011-2016.

Genetic Susceptibility: Dr. Rebbeck has used the SCORE and MADCaP studies to evaluate the role of inherited genetic susceptibility in prostate cancer. His work has examined the role of genes involved in inherited susceptibility to prostate cancer, including those that regulate the metabolism of environmental carcinogens and steroid hormones in prostate cancer etiology. These genes include the HPC2 gene found on Chromosome 17, and hormone metabolism genes including cytochromes P450 (e.g. CYP3A4), androgen metabolism genes (e.g., 5-alpha reductase type II). The relationship of each of the candidate genes and of multiple candidate genes and the occurrence or age of onset of prostate cancer examined. Endogenous and/or exogenous exposures and the interaction of multiple candidate genes, environments, and exposures have been examined. His contributions in this area include the discovery of one of the first genetic loci associated with aggressive prostate cancer. He has since identified other loci associated with prostate cancer, including validation of these loci in African descent populations. He has also contributed SCORE and MADCaP data and expertise to numerous prostate cancer GWAS studies. In recognition of this research, Dr. Rebbeck was awarded the Prostate Cancer Research Award by Association for the Cure of Cancer of the Prostate (CaPCURE).

Multilevel Studies: Prostate cancer etiology and outcomes are a consequence of both biological and non-biological events. Using the SCORE database, Dr. Rebbeck has developed studies that integrate genetic, biological, individual, and neighborhood-level data to better understand the complex, multifactorial effects that influence prostate cancer. Ongoing research includes the contextual effects of neighborhood-level effects (i.e., a surrogate for lifestyle, demographics, and exposure) on the relationship of genetic susceptibility and prostate cancer outcomes. Using the MADCaP consortium, Dr. Rebbeck has developed national collaborative studies of the effect of genes and environments on prostate cancer outcomes. In part, this work will elucidate the biological and non-biological reasons for the disparity in prostate cancer etiology and outcomes. Dr. Rebbeck’s work currently focuses on the role of environmental stressors on telomere function, and the role of stress and telomere metrics on prostate cancer risk and outcomes. This work involves a national consortium of centers that have collected common data on neighborhood, individual, and biological measures of stress and stress response.

Biomarkers of Outcome: Developing research by Dr. Rebbeck uses ongoing prospective follow-up in the SCORE study case-cohort and the MADCaP study to evaluate factors that predict aggressive disease and unfavorable outcomes using genotypes, tumor biomarkers, and clinical information. In particular, this work involves evaluation of African descent men, who have the most unfavorable clinical outcomes of any group after a prostate cancer diagnosis. Dr. Rebbeck has developed collaborations with the MADCaP Network and GenomeDx to develop molecular signatures of prostate cancer aggressiveness and outcome. This work asks whether molecular signatures provide additional predictive value beyond clinical parameters for prostate cancer outcomes in African descent men.

Hereditary Cancer
Dr. Rebbeck has also led studies of BRCA1 or BRCA2 mutations to understand breast, ovarian, and prostate cancer risk and precision prevention interventions that may reduce that risk. Dr. Rebbeck has led a number of international consortia including the following:

• “Prevention and Observation of Surgical Endpoints” (PROSE) is a multicenter international prospective cohort study of the clinical efficacy of cancer prevention strategies, which has led to the current clinical management and prevention recommendations for women with these mutations.

• “ BRCA1/2 International Diversity by Geography and Ethnicity (BRIDGE) is an international consortium, an arm of the CIMBA consortium, the worldwide consortium studying carriers of BRCA1 and BRCA2 mutations.

Cancer Prevention: Dr. Rebbeck has contributed to the clinical management of risk in BRCA1/2 mutation carriers by publication of research that demonstrates that risk-reducing salpingo oophorectomy (RRSO) and risk-reducing mastectomy (RRM) lead to lower breast and ovarian cancer risk as well as reduction in mortality. This series of papers has changed the clinical practice of cancer prevention in BRCA1/2 mutation carriers, such that women are currently recommended to undergo RRSO as the primary means of ovarian cancer prevention. Dr. Rebbeck’s work also demonstrated that this surgery also reduces breast cancer risk, and that post-RRSO hormone replacement therapy may be used for a short period without adding undue cancer risk in this population. Dr. Rebbeck has also shown that RRM is associated with breast cancer risk reduction, but that this surgical approach should be undertaken cautiously, as other means of breast cancer risk reduction are available.

Modification of Cancer Risks: Cancer risks among women who have inherited a BRCA1/2 mutation are the result of the complex interactions of many factors, including genes at other loci and exposures. Dr. Rebbeck has evaluated the role of other genes, including those that encode proteins that interact with BRCA1 and/or BRCA2. Additional modifier genes under study include those associated with telomere function. He has also evaluated the most definitive summary evidence for non-genetic modifiers of cancer risk in this population. Finally, in conjunction with the CIMBA consortium, he has shown that there is a strong relationship of the type, function, or location of BRCA1 or BRCA2 mutation with cancer risks. This information can be used to refine cancer risk estimates in women with BRCA1/2 mutations and inform improved decision-making of preventive strategies.

Risks in Underrepresented Populations: The worldwide CIMBA consortium includes over 45,000 BRCA1/2 mutation carriers. However, less than 4% of these are non-White. Dr. Rebbeck has established the international BRIDGE study to specifically address cancer risk and prevention in under-represented populations.

Contributions to Academic Initiatives
Dana-Farber Harvard Cancer Center: In addition to his research activities, Dr. Rebbeck leads a number of initiatives on the Harvard Campus. He serves as Associate Director for Equity and Engagement and Director of the Office of Cancer Equity and Engagement in the Dana-Farber / Harvard Cancer Center. In this role he leads activities that determine needs and priorities for diseases and conditions that can be addressed by Harvard research. In particular, he oversees the development and implementation of research that addresses cancer needs in Massachusetts. He also oversees a team of individuals who ensure that this research engages with and impacts on relevant communities.

Zhu Family Center for Global Cancer Prevention: Dr. Rebbeck is the director of the Zhu Family Center for Global Cancer Prevention, a school-wide center within the Harvard TH Chan School of Public Health founded in 2019.  The Zhu Center is an interdisciplinary center dedicated to prevention education and research across the cancer continuum. The Center focuses on primary prevention (including lifestyle and behavior modifications), secondary prevention (including screening and early detection), and tertiary prevention (including cancer survivorship and disease monitoring). The center’s mission is to support groundbreaking research that develops and implements novel methods, technologies, and tools to further the translation of this work into clinical and public health practice. By forming cross- collaborative partnerships among researchers, physicians, thought leaders, pharma, academic collaborators, philanthropists, technology companies, and innovators, we strive to accelerate progress within the field and optimize the pathways of care. We are motivated by the belief that all populations worldwide should benefit from state-of-the-art cancer-prevention strategies. 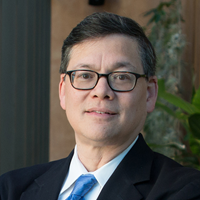