Dr. Barry Bloom is recognized as a pioneer in the field of global health.  Trained in immunology, he has made important contributions to infectious diseases, vaccines and global health policy. His lifelong commitment has been to bring knowledge and methods of cutting edge basic science to alleviating the burdens of disease in developing countries. His research has been primarily focused on the immunology and pathogenesis of leprosy and of tuberculosis, which remains the largest cause of death from an infectious disease, with 9.6 million new cases and 1.5 million deaths per year.

His research first established that lymphocytes and not macrophages had specificity for antigens, that living cells were required for mediating transfer of delayed-type hypersensitivity, and that activated T cells released a new category of non-antibody proteins, now known as cytokines, which  mediate cell mediated immune responses. His work established a mechanism by which immune responses to antigens of the leprosy bacillus lead to demyelination and nerve damage.  His laboratory defined necessary immune responses for protection against tuberculosis in animal models and established the molecular mechanisms by which mouse, and later in collaborations, by which human macrophages carry out their antimicrobial activity against M. tuberculosis and other intracellular pathogens.  This is a vitamin-D dependent pathway mediated by antimicrobial peptides.  In collaboration, he developed the first genetic system in mycobacteria and has contributed to the development of new vaccine candidates against tuberculosis.  He has been a strong advocate for the importance of vaccines as the most cost-effective intervention to prevent death and disease in developing countries.  Dr. Bloom has published more than 350 articles, edited 7 books, and continues to provide commentary on current issues in public and global health.

Dr. Bloom’s scientific contributions have made him a trusted advisor in public health policy.  He has served as an advisor to the White House on International Health Policy.  For more than 40 years, he has been an advisor to the World Health Organization, where he chaired the Research Advisory Committees on Leprosy, Tuberculosis, Malaria, and Tropical Diseases and was a member of the WHO Advisory Committee on Health Research.  His past service includes membership on the National Advisory Council of the US National Institute for Allergy and Infectious Diseases (NIAID), the Scientific Advisory Board of the National Center for Infectious Diseases of the Centers for Disease Control and Prevention (CDC), and the National Advisory Board of the Fogarty International Center at the National Institutes of Health, as well as the Governing Board of the Institute of Medicine. He is a former investigator of the Howard Hughes Medical Institute and served on their Medical Advisory Board.  He served as President of the American Association of Immunologists and of the Federation of American Societies for Experimental Biology.

Dr. Bloom was the founding chair of the board of trustees for the International Vaccine Institute in South Korea, which is devoted to promoting vaccine development for the developing world.  He currently serves on the scientific advisory boards of the Wellcome Trust Institute for Human Genetics, Oxford, UK, and the Doris Duke Charitable Foundation Clinical Scholars program,  the KwaZulu Natal Institute for Research in Tuberculosis and HIV (K-RITH), and the Human Heredity and Health in Africa (H3Africa) program.

Dr. Bloom came from the Albert Einstein College of Medicine in New York to the Harvard T.H. Chan School of Public Health as Dean of the Faculty in 1999, which he served for a decade.  He received the first Bristol-Myers Squibb Award for Distinguished Research in Infectious Diseases, shared the Novartis Award in Immunology in 1998, and was the recipient of the Robert Koch Gold Medal for lifetime research in infectious diseases. Dr. Bloom was elected to membership in the US National Academy of Sciences, National Academy of Medicine,  and the American Philosophical Society. 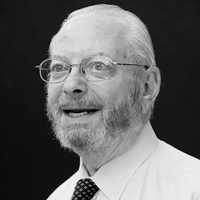