Ichiro Kawachi, MB.ChB., Ph.D., is the John L. Loeb and Frances Lehman Loeb Professor of Social Epidemiology at the Harvard T.H. Chan School of Public Health. Kawachi received both his medical degree and Ph.D. (epidemiology) from the University of Otago, New Zealand. He has taught at Harvard since 1992.

In 2013, he launched a massive, open online course (MOOC) through HarvardX called “Health and Society” (PHx 201), in which 32,000 participants registered from throughout the world. Kawachi is the Co-Editor in Chief (with S.V. Subramanian) of the international journal Social Science & Medicine, as well as the sister open access journal, SSM – Population Health. He is an elected member of the Institute of Medicine of the US National Academy of Sciences, and Honorary Fellow of the Royal Society of New Zealand.

I am broadly interested in the social determinants of population health and health disparities. To use Isaiah Berlin’s typology, I consider myself as fox not a hedgehog. My investigations span the range from macro-social determinants of population health (e.g. income inequality, social cohesion), to meso-level influences (neighborhood and workplace contexts), down to the individual-level (stress, and psychosocial risk factors for cardiovascular disease).

I have made seminal contributions to the link between health and “social capital”, defined as the resources accessed through social networks. I am particularly interested in the health effects of social cohesion in residential communities, workplaces and schools. Known as the Roseto effect (from Stewart Wolf’s classic study in a Pennsylvania community of that name), social cohesion is hypothesized to promote health through reciprocity exchanges, the maintenance of norms among community members, as well as the lubrication of collective action through trust. My current NIH-funded project is based in Iwanuma city, Japan, where our team is examining the longitudinal impacts of community social cohesion on resilience and recovery in the aftermath of the March 11, 2011 Great Eastern Japan earthquake and tsunami.

I am the PI of the Iwanuma Study (R01AG042463-04), which was established with the objective to investigate the role of social cohesion in promoting disaster resilience among older survivors of the March 11, 2011, earthquake & tsunami in Japan. Leveraging a unique quasi-experimental design — using data on survivors that pre-dates the disaster — we have sought to documented the risk and protective factors for disaster-related health outcomes (PTSD, cognitive decline, functional disability) in an aging population.

I’m also interested in the collateral health effects of social ties – for example, the impacts of social integration on suicide risk, as well as the protective influence of religious service attendance. Other investigations have explored the role of family bereavement on the health of survivors (explored through Swedish registry data), birth order effects on health among siblings, the effects of marital transitions on health behaviors (in large panel datasets), and the spillover effects of care-giving on the health of care-givers.

With colleagues in Finland and Japan, I have been interested in examining neighborhood contextual influences on health outcomes, including the impacts of local food environment and built environment characteristics on physical activity, obesity, and other health-related behaviors (alcohol & tobacco consumption). We are particularly interested in designs that improve on causal inference to overcome endogenous neighborhood effects – e.g. fixed effects approaches in which changes in neighborhood environment (natural experiments) are examined in relation to changes in the behaviors/health of residents.

Research projects with international collaborators have investigated the impacts of psychosocial work environment on the health of workers – e.g. the adverse consequences of job strain, job insecurity and the rise in non-standard work (precarious employment), and the transition to retirement. I am particularly interested in the health of workers in the context of two global trends: (a) the aging of the workforce, and (b) the demand for “flexible labor” in the era of globalization. 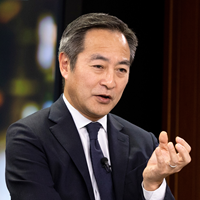