Dr. Leaning’s research and policy interests include issues of public health, medical ethics, and early warning in response to war and disaster, human rights and international humanitarian law in crisis settings, and problems of human security in the context of forced migration and conflict. She has field experience in problems of public health assessment and human rights in a range of crisis situations (including Afghanistan, Albania, Angola, Kosovo, the Middle East, former Soviet Union, Somalia, the Chad-Darfur border, and the African Great Lakes area) and has written widely on these issues.

Dr. Leaning serves on the board of directors of the Massachusetts Chapter of the American Red Cross. She formerly served on the board of Physicians for Human Rights (an organization she co-founded), Physicians for Social Responsibility, Oxfam America, and the Humane Society of the United States.  She serves on the editorial board of Health and Human Rights and is a member of the Board of Syndics at Harvard University Press. From 1999 to 2005, Dr. Leaning directed the Program on Humanitarian Crises and Human Rights at the François-Xavier Bagnoud Center for Health and Human Rights at the Harvard School of Public Health, during which time Dr. Leaning also served as Editor-in-Chief of Medicine & Global Survival, an international quarterly. From 2005-2009, Dr. Leaning founded and co-directed the Harvard Humanitarian Initiative. 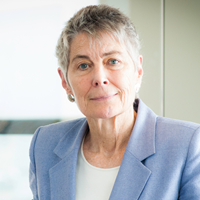