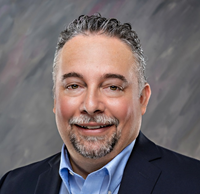 Dr. Ciottone is an emergency physician and the President of the World Association for Disaster and Emergency Medicine. He is the Founding Director of the Beth Israel Deaconess Medical Center Fellowship in Disaster Medicine, as well as an Associate Professor of Emergency Medicine at Harvard Medical School, and an Instructor in the Department of Health Policy and Management at the Harvard T.H. Chan School of Public Health (HSPH). Dr. Ciottone is also the Director of Medical Preparedness for the National Preparedness Leadership Initiative, a joint program of the HSPH and the Harvard Kennedy School of Government, and has been serving as a consultant to the White House Medical Unit for over 10 years.

Dr. Ciottone’s clinical and field experience includes 25 years as a practicing emergency physician and over 500 missions as a flight physician on an aeromedical helicopter service. He has conducted educational programs in more than 30 countries around the world and has served as a disaster response fellowship director for the International Atomic Energy Agency. Dr. Ciottone has written over 150 scholarly works, including the first and second editions of his textbook Ciottone’s Disaster Medicine, and is the 2018 recipient of the American College of Emergency Physicians Disaster Medical Services Award, and the 2020 recipient of the American Academy of Disaster Medicine Distinguished Service Award.

Where are People Dying in Disasters, and Where is it Being Studied? A Mapping Review of Scientific Articles on Tropical Cyclone Mortality in English and Chinese.

Terrorist Attacks in the Middle East: A Counter-Terrorism Medicine Analysis.

Bioterrorism: An analysis of biological agents used in terrorist events.