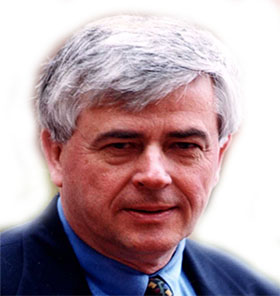 Our laboratory conducts research on the virology, immunobiology, and molecular epidemiology of HIV-1 viruses, especially the HIV-1C of southern Africa. The research is oriented to the evolution of new viruses, both circulating recombinant forms and variants that emerge by accumulation of mutations. The studies are usually linked to questions of disease pathogenesis, drug efficacy, and transmission efficiency.

In addition to the laboratory in Boston, we maintain a laboratory in Gaborone, Botswana to support field trials in southern Africa. Through laboratory research and clinical trials, we work to improve chemoprophylaxis to block mother/infant transmission of HIV and also to address increased disease and mortality in HIV uninfected infants born to infected mothers. We also study the development of drug resistance and the possible transmission of drug resistant variants.

Prevention of new HIV infections is a top priority. We are currently conducting a large trial, the Botswana Combination Prevention Project (BCPP), to evaluate the potential of antiretroviral drugs in treatment as prevention (TasP). The BCPP is a cluster randomization study in 30 villages in Botswana with 180,000 people where antiretroviral drugs (ARVs) are given on the basis of high viral load to target the likely transmitters, as well as those who need drugs for their own health. The study also includes a comprehensive analysis of viral genetic sequence relatedness, to help determine whether new incident infections originated in villages where TasP is used.

Another area of research is the possible role of human genetics in increasing or decreasing risk of HIV infection and rate of AIDS progression once infected. Single nucleotide polymorphisms (SNPs) identified in association with HIV risk are then analyzed for genetic loci and functional properties to see how the information may be used to develop new drugs or vaccine approaches. Although such studies had been done earlier in Western populations, it seems clear that human genomes may have substantial differences in southern Africa and the HIV-1C virus has substantial differences from HIV-1B, the virus most commonly studied in the U.S. and Europe.

The end of AIDS?

Recruitment, Follow-Up and Characteristics of HIV Infected Adults who Use Illicit Drugs in Southern Africa.

Impact of sampling density on the extent of HIV clustering.

Impact of HLA-driven HIV adaptation on virulence in populations of high HIV seroprevalence.