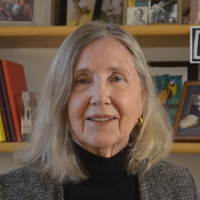 Nan M. Laird is the Harvey V. Fineberg Professor of Biostatistics (Emerita) at Harvard University. During her more than forty years on the faculty, she developed many simple and practical statistical methods for pressing public health and medical problems. Her work on the EM Algorithm, with Art Dempster and Don Rubin, is among the top 100 most cited of all published articles in science. She has also developed popular and widely used methods for meta-analysis, longitudinal data and statistical genetics. She was awarded the third International Prize in Statistics in 2021 for her work on longitudinal data (joint with Jim Ware). She has worked in several areas of applications, including the quantification of adverse events in hospitals, childhood obesity, and genetic studies in Alzheimer's disease, bipolar disorder, asthma and lung disease. She has supervised over 30 doctoral and postdoctoral fellows at Harvard Biostatistics, and written two books widely used as texts, one on longitudinal data analysis with Garrett Fitzmaurice and Jim Ware, and another on the statistical analysis of genetic data with Christoph Lange. She has served on numerous committees for the NIH and NSF, including a National Academy of Sciences Committee on Cabin Air Quality which recommended the current ban on smoking in airplanes. She has received numerous awards including the 2011 Samuel S. Wilks Award from the American Statistical Association, the 25th Annual Lowell Reed Lecturer from the American Public Health Association in 2011, and the 2015 Marvin Zelen Award for Leadership in the Statistical Sciences.

Genome-wide association analysis of COVID-19 mortality risk in SARS-CoV-2 genomes identifies mutation in the SARS-CoV-2 spike protein that colocalizes with P.1 of the Brazilian strain.

A comparison of popular TDT-generalizations for family-based association analysis.

Statistical Methods in the Journal - An Update.

Genome-Wide Association Study of the Genetic Determinants of Emphysema Distribution.