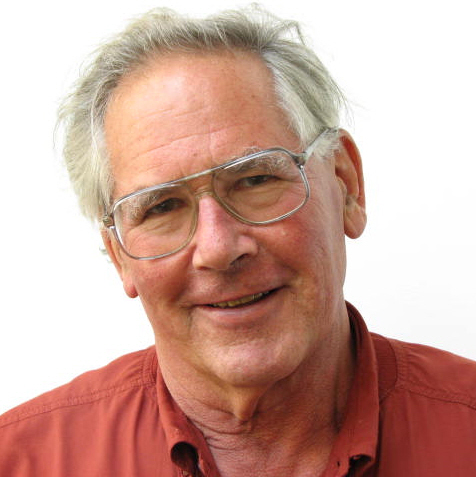 Moral Epistemolgy: The most recent statement of his views on justification in ethics can be found in the Stanford Philosophy Encyclopedia entry on reflective equilibrium. (Stanford Encyclopedia of Philosophy, on-line edition, 2003, 2011. http://plato.stanford.edu/info.html). A collection of his papers on the topic can be found in his Justice and Justification (CUP, 1996).

Theory of Justice: Dr. Daniels has in recent years been interested in the complex form of egalitarianism represented by Rawls's work and the contrast between it and other recent work in egalitarian theory. For a recent paper on just this issue, see his "Democratic Equality: Rawls's Complex Egalitarianism" in Sam Freeman (ed) Cambridge Companion to Rawls (2003). Dr. Daniels sees the work (described below) on a fair, deliberative process for setting limits to health care (and for other resource allocation or rationing efforts) as a needed legislative and regulatory supplement to the kind of principled account of justice in Rawls's work.

Justice and Health: Theory of justice for health - Dr. Daniels recently completed Just Health: Meeting Health Needs Fairly (Cambridge University Press, 2008), which is a sequel to his 1985 book Just Health Care. To the original attempt to say why health care is of special moral importance because of its connection to protecting opportunities for individuals, he now adds a broader vision of the socially controllable factors that affect population health and its distribution. This permits an answer to the question, when are health inequalities unjust? He argues that Rawls's principles of justice as fairness capture the central social determinants of health: conforming with them would flatten social gradients of health as much as we can reasonably expect. Just Health integrates the account of fair deliberative process, accountability for reasonableness, with the rest of the theory as a way of answering the question, "How can we meet needs fairly when we cannot meet them all." The book also has chapters on justice between age groups, health system reform, social experiments on populations, fair process in patient selection for AIDS treatments, occupational health, professionalism, reducing health disparities, human rights and priority setting, and international health inequalities. In more recent years, Dr. Daniels has written about individual and social responsibility for health, revisited his views on the prudential lifespan account of justice for adjacent age groups, addressed the problems of identified vs. statistical victims, and explained the relationship between his account of exercisable opportunities and Sen's views about capabilities. Currently, Dr. Daniels is working on a project on global health and global justice.

Setting Limits Fairly: Together with Jim Sabin, Dr. Daniels published Setting Limits Fairly: Can We Learn to Share Medical Resources? (OUP, 2002). A second edition of that book is now out in paperback: Setting Limits Fairly: Learning to Share Resources for Health (OUP, 2008). They are also doing ongoing work on this topic with collaborators in Canada, the United Kingdom, Norway, and elsewhere where fair process, specifically "accountability for reasonableness," has emerged as the key to priority and limit setting in universal coverage systems. In the US, they continue to work on pharmacy benefits (see our discussionof an "ethical template" in Health Affairs, Jan-Feb 2002) and on independent review of insurance denials. Daniels recently applied these ideas to patient selection in the WHO program to deliver three million ARTs by 2005. He worked with the Mexican Ministry of Health to develop a fair process for deciding on additions to the catastrophic insurance plan included in Mexico's new Segura Popular (2006) and is continuing work to extend that process for use in other parts of the Mexican health system. A case study on the Mexican work is available on request. An application of accountability for reasonableness to human rights approach to health is described in Gruskin and Daniels, Justice and Human Rights: Priority Setting and Fair Deliberative Process, American Journal of Public Health, 2008; 98:9. An application to theproblem of identified vs. statistical victims is in the Hastings Center Report, Sept-Oct 2011. This work is the focus of an EU sponsored project in Tanzania, Zambia, and Kenya.

Justice and Intergenerational Equity: Dr. Daniels has revisited some of the issues involved in his previous work on justice between age groups in Am I My Parents' Keeper? An Essay on Justice Between the Young and the Old (New York: Oxford, 1988) in "Justice Between Adjacent Generations: Further Thoughts" Journal of Political Theory 2008; 16:4:475-94.

Ethics and Health Sector Reform (Benchmarks of Fairness):
Domestic: Dr. Daniels is interested in issues of access to the US system, especially disparities that contribute to health disparities, and participated on the subcommittee on social costs of the recent IOM publication on uninsurance in the US. Recently he coauthored an article on ethical issues in U.S. health reform with Marc Roberts,with Brendan Saloner and Adriane Gelpi, and on "affordable insurance" with Brendan Saloner.

Global: Together with collaborators in a dozen countries on three continents, Dr. Daniels is working to demonstrate the utility of an evidence-based policy tool for evaluating the fairness - the equity, accountability, and efficiency - of health sector reforms in developing countries and to improve capacity in those countries to carry out research on the fairness of reform activities. Together with collaborators from Cameroon, Thailand, and Guatemala, he presented some recent results at the November 2003 APHA meeting in San Francisco. The current work, reported on most recently in the Bulletin of WHO in 2005, is an attempt to develop country-specific adaptations of the generic benchmarks reported on in the Bulletin of WHO in June 2000. Other projects were carried out in the Philipines and elsewhere. The application of that approach as a method of providing ethical evaluation of health sector reforms, viewed as "social experiments," is described in the American Journal of Public Health in 2006.

Should Lack of Social Support Prevent Access to Organ Transplantation?

A Mixed-Methods Approach to Understanding Variation in Social Support Requirements and Implications for Access to Transplantation in the United States.

Combining A4R and MCDA in priority setting for health.

Excluding patients from transplant due to social support: Results from a national survey of transplant providers.

How important is social support in determining patients' suitability for transplantation? Results from a National Survey of Transplant Clinicians.

Some Remarks on Accontability for Reasonableness.

The art of priority setting.

Seeking Legitimacy for DSM-5: The Bereavement Exception as an Example of Failed Process.

What does it mean to put new hepatitis C drugs on a list of essential medicines?

May 27, 2014 -- Outside the gates of her Mexico City high school, Thalia Porteny would always see kids begging for food. “It made me feel uneasy and frustrated,” said Porteny. “I knew I’d had amazing opportunities given… Public health and the U.S. economy

[ Fall 2012 ] How the next U.S. president can stack the deck in favor of people’s health and wealth in 2013 With the November 2012 elections on the horizon, Americans surveyed in national polls consistently rank the… April 6, 2012 The needs of the world’s growing over-60 population should be addressed “early and swiftly” to minimize the risk of future strain on health and economic resources and to maximize the well-being and productivity of what…