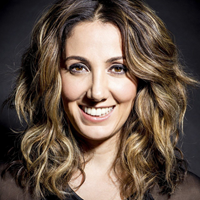 Professor of Organismic and Evolutionary Biology

Dr. Sabeti's lab focuses on developing new analytical and genomic methods to study evolutionary adaptation and genetic diversity in humans and pathogens, with three current research foci: (1) Identifying and characterizing the underlying adaptive changes that have shaped the human species over time; and (2) Investigating genetic diversity in pathogens such as Lassa virus, Ebola virus, Zika virus, and Babesia microti, towards improved diagnostics, surveillance, and interventions, and (3) Developing novels tools to detect and diagnose microbes causing human morbidity and mortality.

Bioterrorism: An analysis of biological agents used in terrorist events.

The case for altruism in institutional diagnostic testing.

Containing the spread of mumps on college campuses.

Scientists have developed a machine learning model that can predict which SARS-CoV-2 viral variants are likely to cause surges in COVID-19 cases. A collaboration between Colorado Mesa University and the Broad Institute of M.I.T. and Harvard has yielded “the most sophisticated system in the country to track outbreaks” of COVID-19, according Pardis Sabeti, a professor of immunology and infectious diseases… Companies, universities, and other large organizations and institutions that are conducting regular COVID-19 testing among their members should consider expanding their testing efforts to nearby communities to better control the spread of the virus, according to new research…

Creating an early detection system for infectious diseases in Africa