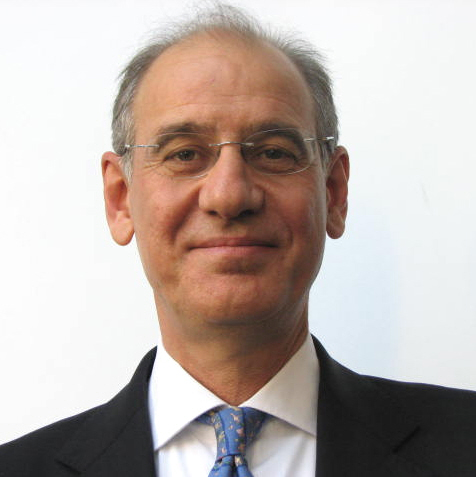 Faculty Affiliate in the Department of Health Policy and Management

Dr Rifat Atun is Professor of Global Health Systems at Harvard University and the Faculty Chair for the Harvard Ministerial Leadership Program.

In 2006-13, Dr. Atun was Professor of International Health Management and Head of the Health Management Group at Imperial College London. In 2008-12 he served as a member of the Executive Management Team of The Global Fund to Fight AIDS, Tuberculosis and Malaria as the Director of Strategy, Performance and Evaluation Cluster, where he chaired the panel that oversaw investments of around $4billion each year in more than 100 countries.

Professor Atun's research has two major strands. The first examines health systems performance and how design and implementation of health systems reforms impact on outcomes. The second strand of research explores adoption and diffusion of innovations in health systems (e.g., health technologies, disease control programmes, and primary healthcare reforms), and innovative financing in global health. Prof. Atun is a co-Investigator and the joint lead for the innovation work stream at the National Centre for Infection Prevention and Management at Imperial College. He is also a co-Investigator and the Theme Lead for 'Organisational Change, Health Economics and Evaluation' at the NIHR Health Protection Research Unit for Antimicrobial Resistance and Healthcare Associated Infections.

Professor Atun has published more than 400 papers in leading journals including the Lancet, NEJM, Academy of Management Journal, Lancet Global Health, Lancet Infectious Diseases, Lancet Oncology, and Lancet Psychiatry and PLoS Medicine. He has led or has been a commissioner in 12 Lancet Commissions and was a co-author and member of the Advisory Committee for the Editors for Disease Control Priorities (DCP) 3. In 2020, he was recognized by the Web of Science as one of the World's Highly Cited Researchers.

Prof. Atun has worked with more than 30 governments globally and with the World Bank, World Health Organization, and the UK Department for International Development (DfID) to design, implement and evaluate health system reform initiatives. In 1999-2006 he was a member of the UK DfID Resource Centre for Health Systems.

Prof. Atun was the Founding Director of the MSc in International Health Management, BSc in Management and Medical Science, and Founding Co-Director of the Masters in Public Health (MPH) Programmes at Imperial College. He has been a founding director and is an active investor in health technology companies operating in areas of digital health, health service delivery, medical diagnostics and biotechnology. He also advises new ventures operating in these areas.

Prof. Atun has served as a member of the MRC (UK) Global Health Group, the US Institute of Medicine Standing Committee on Strengthening Health Systems. He serves as a member of the Research Advisory Committee for the Public Health Foundation of India. He was a member of the PEPFAR Scientific Advisory Board, the Norwegian Research Council’s Global Health and Vaccination Research Board, as well as the Advisory Committee for WHO Research Centre for Health Development in Japan and the Strategic Technical Advisory Group of the WHO for Tuberculosis. He chaired the WHO Task Force on Health Systems and Tuberculosis Control and in 2009-12 he was the Chair of the STOP TB Partnership Coordinating Board. He is a member of The Longitude Prize Committee, the largest science prize in the world. He is currently serving as a Member of the WHO Regional Director’s Advisory Council on Innovation for Noncommunicable Diseases (the NCD Advisory Council).

Estimating the total incidence of type 1 diabetes in children and adolescents aged 0-19 years from 1990 to 2050: a global simulation-based analysis.

Multimorbidity and out-of-pocket expenditure for medicines in China and India.

The socioeconomic gradient of alcohol use: an analysis of nationally representative survey data from 55 low-income and middle-income countries.

Rural-Urban Differences in Diabetes Care and Control in 42 Low- and Middle-Income Countries: A Cross-sectional Study of Nationally Representative Individual-Level Data.

Patterns of tobacco use in low and middle income countries by tobacco product and sociodemographic characteristics: nationally representative survey data from 82 countries.

The Association of Socioeconomic Status With Hypertension in 76 Low- and Middle-Income Countries.

Provincial heterogeneity in the management of care cascade for hypertension, diabetes, and dyslipidaemia in China: Analysis of nationally representative population-based survey.

Which countries need COVID-19 vaccines the most? Development of a prioritisation tool.

Genital herpes is driving significant losses to both economies and quality of life in low- and middle-income countries, according to a new study co-authored by researchers from Harvard Chan School.

The inaugural cohort in the Harvard Global Nursing Leadership Program's Certificate in Global Public Health for Nurse Leaders convened in Kenya in September for a week-long intensive course on health systems strengthening. As algorithms analyze mammograms and smartphones capture lived experiences, researchers are debating the use of ai in public health. There is no one-size-fits-all health system that will work for every country, according to Rifat Atun, professor of global health systems at Harvard T.H. Chan School of Public Health. What’s most important, he said, is that a system…

April 1, 2020—Over the next 30 years, more than 11 million children age 14 and younger could needlessly die from cancer, with the vast majority of deaths occurring in low- and lower-middle-income countries, according to a new The…