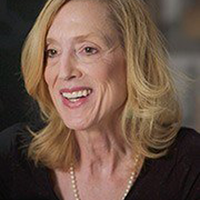 Dr. Sue J. Goldie, Roger Irving Lee Professor of Public Health, is a physician, decision analyst, and public health scientist working to improve the health of vulnerable populations across the globe. Renowned for her scholarship in decision science, commitment to policy translation, and innovative approach to interdisciplinary education, Goldie serves as the Director of both the Global Health Education and Learning Incubator (Harvard University) and the Center for Health Decision Science (Harvard T.H. Chan School of Public Health).

Internationally recognized for mathematical disease modeling and analyses to guide public health decision making, Goldie's research has focused on viruses of global health importance, cancer prevention, reproductive health, and maternal mortality. She has published 200 research papers, chapters, and technical reports and served as the principal investigator on awards from the National Institutes of Health, Centers for Disease Control, John D. and Catherine T. MacArthur Foundation, and Bill & Melinda Gates Foundation. She was granted the prestigious MacArthur award "for genius and creativity" in applying the tools of decision science to public health and in 2009 was elected to the National Academy of Sciences.

Goldie has served on numerous national committees and international advisory boards, including the Board of Global Health at the Institute of Medicine, and as a consultant to the World Health Organization, GAVI and other global alliances, ministries of health, foundations, and industry groups. Her work has influenced clinical guidelines, vaccine policy, and program implementation in low-, middle-, and high-income countries. In 2008, she received the John Eisenberg Award for translation of research to practice. That same year, she was appointed as the Director of the Center for Health Decision Science, a cross-departmental center bridging academia and policy.

In 2010, Goldie was appointed as the founding faculty director of the Harvard Global Health Institute by Harvard President Drew Faust, advancing an ambitious agenda for cross-sectoral collaboration to address global health challenges and playing a key role in initiatives such as the Commission on Global Governance for Health, the Disease Control Priorities Project, and the Commission on Investing in Health. Under her leadership, global perspectives were infused into educational opportunities across the University, with creation of dozens of new courses and learning communities. By the end of her tenure in 2014, more than 5,000 undergraduates had taken courses in global health and the secondary field in global health surpassed economics to become the largest at the college. That year, she was named the Director of the Global Health Education and Learning Incubator at Harvard University, where she continues to promote the integration of global health and global learning within and outside the University, building collaborative cross-disciplinary teaching, creating novel learning spaces, and developing innovative pedagogical tools and approaches.

Goldie is a celebrated educator and teaches core courses in decision science, health policy, and global health at the Harvard Chan School and Harvard College, created the first online course in decision analysis for public health, and co-teaches in a number of interdisciplinary courses across the professional schools. She received the Everett Mendelsohn Excellence in Mentoring Award from Harvard University, and more than a dozen other teaching citations and mentorship awards. Voted a favorite professor by undergraduate students over multiple years, her global health course routinely receives more than 500 applicants. She is a core faculty member in the university-wide PhD Program in Health Policy and serves on the FAS Standing Committee on Health Policy.

Dr. Goldie attended Union College (1984) and Albany Medical College (1988) during which she was elected to the Alpha Omega Alpha Honor Medical Society. She completed a residency at Yale University School of Medicine (1988-1991), and an MPH at the Harvard T. H. Chan School of Public Health (1997). She joined the Harvard faculty in 1998, received tenure in 2006, and was named the Roger Irving Lee Professor of Public Health in 2007.

Global health 2035: a world converging within a generation.

Contribution of H. pylori and smoking trends to US incidence of intestinal-type noncardia gastric adenocarcinoma: a microsimulation model.

The estimated mortality impact of vaccinations forecast to be administered during 2011-2020 in 73 countries supported by the GAVI Alliance.

Health and economic impact of human papillomavirus 16 and 18 vaccination of preadolescent girls and cervical cancer screening of adult women in Peru.

Assessing health and economic outcomes of interventions to reduce pregnancy-related mortality in Nigeria.

National and sub-national analysis of the health benefits and cost-effectiveness of strategies to reduce maternal mortality in Afghanistan.

In Foundations of Public Health course, the creative sparks fly

Sue Goldie uses outside-the-box teaching techniques to give students a firm grasp of the sprawling field of public health. At Orientation week, students kick off a school year like no other Health disparities between nations could be eliminated within a generation

A major new report in The Lancet contends that, for the first time in human history, the current generation has the financial and technical capacity to eliminate health disparities between poorer and wealthier nations. The report, Global Health…