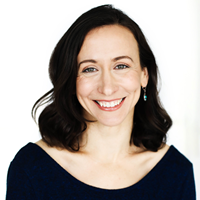 Assistant Professor in the Department of Biostatistics

I am a biostatistical researcher focusing on genetic and omics analyses of diverse and complex populations. I did my PhD in Biostatistics at the Harvard T.H. Chan School of Public Health, and graduated at 2012. Then, I continued as a postdoctoral fellow there, and later became a research scientist at the Genetic Analysis Center at the University of Washington in Seattle. At UW, I worked on genetic association analyses in the Hispanic Community Health Study/Study of Latinos, and on analysis of whole genome sequencing data from the NHLBI's Trans-Omics in Precision Medicine initiative. In late 2017 I moved to BWH and Harvard University, where I continue to develop and implement methodology for genetic and omics analyses of sleep , cognitive, cardiopulmonary, and metabolic phenotypes, with the goal of understanding the genetic basis of such phenotypes, and how environmental exposures modify the pathways from genotypes to phenotypes. I extensively collaborate with minority population studies such as the Hispanic Community Health Study/Study of Latinos, the Multi-Ethnic Study of Atherosclerosis, the Jackson Heart Study, and more.

Sleep duration, plasma metabolites, and obesity and diabetes: a metabolome-wide association study in US women.

Development and validation of a metabolite index for obstructive sleep apnea across race/ethnicities.

Overcoming the underdiagnosis of OSA to empower genetic association analyses.

Circulating Metabolites Associated with Albuminuria in a Hispanic/Latino Population.

Effect of Pimavanserin on the Respiratory Arousal Threshold from Sleep: A Randomized Trial.

Awareness and utilization of genetic testing among Hispanic and Latino adults living in the US: The Hispanic Community Health Study/Study of Latinos.