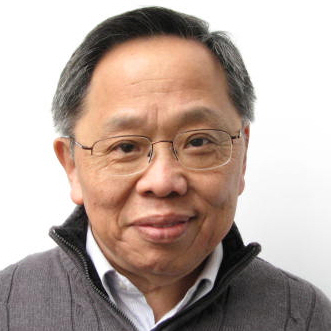 Currently, Professor Lee is focusing on the modification of the antigenicity of HIV envelope protein for vaccine development. His work has contributed to the development of serologic testing for the human leukemia virus (HTLV-I) and HIV. He was the first to identify the envelope gene products of HTLV-I, HTLV-II and HIV, and demonstrated that the envelope antibody is the most important marker for screening individuals for infection with the human retroviruses. This information became the basis for serologic tests for blood bank screening. He also identified the putative transforming protein of HTLV-I, which was also the first observation of a retrovirus protein linked to a cancer that was not an oncogene product.

Professor Lee has also worked to identify the immune response to HIV envelope protein and outcome of human immunodeficiency virus infection. His work on HIV envelope protein revealed that an association exists between progress to AIDS and the lack of certain envelope antibodies. Professor Lee has been a recipient of the junior investigator award from the Leukemia Society of America and the Swedish Medical Research Council postdoctoral fellowship award.

Estimating the lost benefits of antiretroviral drug use in South Africa.

Efficacy of antiretroviral drugs in reducing mother-to-child transmission of HIV in Africa: a meta-analysis of published clinical trials.

Mutations in the V3 stem versus the V3 crown and C4 region have different effects on the binding and fusion steps of human immunodeficiency virus type 1 gp120 interaction with the CCR5 coreceptor.

November 2013 -- What starts as a story of death and ignorance becomes a chronicle of discovery and success. To mark its 25th anniversary, the Harvard AIDS Initiative created a short video outlining major accomplishments and the work… For immediate release: Monday, October 20, 2008 Boston, MA - More than 330,000 lives were lost to HIV/AIDS in South Africa from 2000 and 2005 because a feasible and timely antiretroviral (ARV) treatment program was not implemented, assert…