One of the striking features about tuberculosis infection is the wide range of clinical outcomes. Many infected individuals will remain clinically well but some will become sick and die of their infection. Similarly, most people treated with the appropriate drug regimen will be successfully cured and yet some will develop recurrent disease. The biologic challenge in developing better interventions for tuberculosis requires us to improve on partial success.

To address this question, I have sought to develop a mechanistic understanding of the forks in the road— treatment failure versus success and more recently, control of infection versus progression to disease. My work has focused on the overarching hypothesis that Mtb infection is difficult to eliminate—either by antibiotics or immunity—in part because of the tenacity of a few cells that avoid clearance and fully regenerate disease. Mtb is likely to utilize a range of mechanisms to generate cells that differ functionally from one another. My laboratory have defined a number of mechanisms of bacterial diversification—ranging from genetic to epigenetic to mechanisms of high frequency phenotypic diversification through asymmetric growth and division—by integrating bacterial genetics, genomics and single cell approaches. We have gone on to test the importance of bacterial diversity in allowing Mtb to escape selective pressures including drug treatment and features of the host environment like hypoxic stress. Our data suggest that different mechanisms of diversification are likely to be advantageous to the bacterial population depending on the force and stability of the selective pressures that the organism faces.

Genetic variation is the most fundamental mechanism by which Mtb might generate subpopulations of cells capable of escaping selection. Importantly, genetic variation drives the acquisition of all new antibiotic resistances in Mtb, which occur only through chromosomal mutation. Despite its importance in the acquisition of drug resistance, we know little about the determinants of genetic stability and mutation in Mtb. My lab is using genetic, biochemical and genomic approaches to define the mechanisms and clinical importance of replicative fidelity in Mtb.

While the rate of genetic diversification in Mtb is higher than expected, genetic variants arise slowly. The rate of genetic diversification is not high enough to explain the rates at which phenotypic variants emerge in a population of Mtb bacilli. A dramatic example is when a population of mycobacterial cells is exposed to antibiotics–some cells die quickly but other cells are phenotypically tolerant of antibiotics. This suggests that a genetically homogeneous mycobacterial population contains a high number of functionally heterogeneous cells. Phenoytpically drug tolerant cells have typically been termed “persisters”. In E. coli, persisters can arise through the action of endogenous toxins that act as growth regulators. However, it is unclear to what extent this paradigm extends to mycobacteria or if mycobacteria have other ways of generating phenotypic heterogeneity such as through epigenetic regulation of gene expression. We therefore seek to understand how Mtb quickly generatse phenotypic variation? What is the molecular basis of this variability? We are using a combination of genetic and single cell approaches to determine whether phenotypic diversity contribute to differential antibiotic susceptibility or escape from immune surveillance?

BACTERIAL VARIATION AS A DETERMINANT OF THE OUTCOME OF INFECTION

While our initial focus has been to understand whether variability in mycobacterial populations allows individual cells to escape antibiotic clearance, we are increasingly considering the extent to which bacterial variation contributes to variability in tuberculosis outcomes. Most people infected with Mtb never show any symptoms of infection, but of those who become sick, half would die without treatment.

What accounts for the variability in Mycobacterium tuberculosis (Mtb) infection outcomes? Does bacterial variation contribute to these differences in outcome and if so, how does it arise? Some risk factors for progression of Mtb infection, such as HIV, are well known but, in the majority of cases, we do not understand why some get sick while most do not. Working in nonhuman primates, in collaboration we have shown that the immune response in all animals is capable of fully sterilizing some sites of infectioin but not others, though the extent of sterilization is greater in animals that develop a clinically latent infection. We seek understand the basis of successful immune clearance within each infected individual and why in some cases, sterilization is incomplete. We are using a combination of single cell, genetic and genomic approaches to address this question. 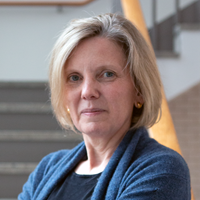 photo by National Institute of Allergy and Infectious Diseases (NIAID)

Findings open new window on the biology of the disease, offer inroads to new rapid diagnostic and vaccine approaches.