Dr. David E. Bloom is Clarence James Gamble Professor of Economics and Demography in the Department of Global Health and Population at the Harvard T.H. Chan School of Public Health. Dr. Bloom is an economist whose work focuses on health, demography, education, and labor. In recent years, he has written extensively on primary, secondary, and tertiary education in developing countries and on the links among health status, population dynamics, and economic growth. Dr. Bloom has published over 300 articles, book chapters, and books.

Dr. Bloom has previously been a member of the public policy faculty at Carnegie-Mellon University and the economics faculty at Columbia University and Harvard University. He currently serves as a Faculty Research Associate at the National Bureau of Economic Research and is a member of the Board of Directors of PSI and of the Board of Trustees of amfAR, the Foundation for AIDS Research. Dr. Bloom also serves as Director of Harvard’s Program on the Global Demography of Aging. In April 2005, Dr. Bloom was elected Fellow of the American Academy of Arts and Sciences. Dr. Bloom received a BS in Industrial and Labor Relations from Cornell University in 1976 and a PhD in Economics and Demography from Princeton University in 1981. 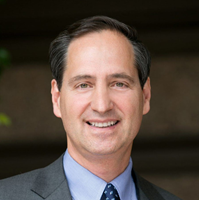