Dr. Marcus is founding Director of the Program for Health Care Negotiation and Conflict Resolution at the Harvard T.H. Chan School of Public Health.  Dr. Marcus is also founding Co-Director of the National Preparedness Leadership Initiative, a collaborative effort of HSPH and the Kennedy School of Government, developed in collaboration with the Centers for Disease Control and Prevention, the White House, and the Department of Homeland Security, and the Department of Defense.

In recent years, Dr. Marcus has played a leading national and international role in terrorism preparedness and emergency response, developing the conceptual and pragmatic basis for “connectivity” — the coordination of “people, organizations, resources, and information to best catch, contain, and control a terrorist or other public health threat,” and “meta-leadership”- “overarching leadership that strategically links the work of different agencies and levels of government.”

Dr. Marcus is lead author of the primary text in the field, Renegotiating Health Care: Resolving Conflict to Build Collaboration. The book was selected as co-recipient of the Center for Public Resources Institute for Dispute Resolution 1995 “Book Prize Award for Excellence in Alternative Dispute Resolution”. In 1994, he co-authored Mediating Bioethical Disputes: A Practical Guide. He has written for Newsweek, The Boston Globe, the AMNews as well as a number of scholarly journals.

Dr. Marcus has directed numerous projects intended to advance development of the negotiation, collaborative problem solving, and conflict resolution field applied to health related issues. At the School of Public Health, he has received funding support from, among others, the William and Flora Hewlett Foundation, the National Institute for Dispute Resolution, the W.K. Kellogg Foundation, and the Robert Wood Johnson Foundation to develop a curriculum, research agenda, and conceptual and applied framework for the field.

Other current and recent projects include collaboration with the Robert Wood Johnson Foundation on facilitating national efforts to improve the quality of health care, the American Association of Retired Persons on health care alternative dispute resolution, the New England Healthcare Institute on innovations in health care research, and the Markle Foundation on development of the electronic medical record.

His research interests include: factors associated with the coordination of effort for national and international terrorism response strategies; implications of conflict in health care services; the uses of mediation for resolving health disputes; the contributions of conflict resolution to error prevention in health care; as well as on the role health can play in resolving larger social conflict.

Dr. Marcus has developed a number of practical applications of mediation and conflict resolution. He has consulted to, trained, or provided executive coaching to leading health care organizations, including Kaiser-Permanente Health Plan, the Beth Israel-Deaconness Medical Center, Clarion Health Systems, the board and executive leadership of the American Medical Association, the American Hospital Association, the American Association of Blood Banks, and the National Practitioners Data Bank among many others. In the 1990s, he collaborated with the Massachusetts Board of Registration in Medicine to develop the Voluntary Mediation Program, the first initiative of its kind to mediate medical practice disputes directly between patients and physicians under the auspices of a state agency. His international work includes assignments in the Middle East, Eastern Europe, Latin America and the Caribbean. His work has been profiled on National Public Radio, in the Washington Post, AMA News, Health Forum, Hippocrates, CNN, Modern Healthcare, CNBC, Hospitals, and the Boston Globe.

Dr. Marcus completed his doctoral studies at The Heller School of Brandeis University. He was selected as a Fellow for the Kellogg National Leadership Program from 1986-1989. 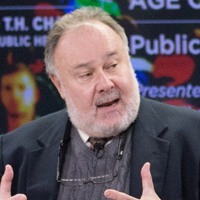