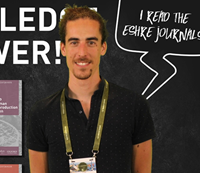 Dr. Salas-Huetos obtained his degree in Biology in 2009 at the Universitat de Girona (UdG), completed his MSc in Cell Biology in 2010 at the Universitat Autonoma de Barcelona (UAB) and he was awarded a PhD Excellent Cum Laude in Male Infertility (Extraordinary Prize) in 2016 at the same University (UAB). He obtained his first Post-Doctoral fellowship position in the Human Nutrition Unit (Department of Biochemistry and Biotechnology -Universitat Rovira i Virgili, Spain) in 2016 (to March 2018). During his first Post-doctoral period he made one short research stay (three-months; September-November 2017) in the Departamento de Clinicas de la Reproduccion Humana, Crecimiento y Desarrollo Infantil of the Universidad de Guadalajara in Mexico (UdeG). Dr. Salas-Huetos was a Post-doctoral Fellowship at the University of Utah with Prof. Douglas T Carrell for two years (April 2018 to July 2020). He is now a Postdoctoral Fellow at Harvard University (Harvard T.H. Chan School of Public Health, Nutrition Unit, USA). He was habilitated as Tenure-Track Lecturer (Professor Lector) in 2020 by the Regional Catalan Government (AQU Agency) and the Spanish Government (ANECA). In 2020, Dr. Salas-Huetos was awarded with the prestigious and highly competitive (success rate approx. 10 percent) Juan de la Cierva Incorporacion Postdoctoral Fellowship (IJC2019-039615-I) from the Spanish government, ranking in the first position of his area (with the obtention approx. 95k euros as a PI). His research has been mainly focused on male infertility genetics and nutrition and has been specialized in sperm miRNAs, molecular biology, Randomized Clinical Trials, systematic reviews, meta-analyses and applied statistics. He is an inveterate traveler and has been to meetings and given invited lectures in Belgium, Canada, England, Mexico, Poland, USA, and Spain.

PPARGC1A Gene Promoter Methylation as a Biomarker of Insulin Secretion and Sensitivity in Response to Glucose Challenges.