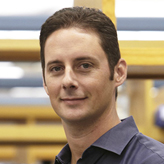 Brendan D. Manning is a Professor in the Department of Molecular Metabolism at the Harvard T.H. Chan School of Public Health and the Department of Cell Biology at Harvard Medical School, and a Faculty Member of the Dana-Farber/Harvard Cancer Center. Dr. Manning received his B.S. from the University of Massachusetts, Amherst, and his Ph.D. from Yale University. During his time as a postdoctoral fellow in the laboratory of Lewis Cantley at Harvard Medical School, he discovered that the tuberous sclerosis complex (TSC) tumor suppressors serve as the molecular connection between the PI3K and mTOR pathways, thereby linking a signaling pathway activated in the majority of human cancers to a nutrient-sensing pathway that controls cell growth and metabolism. In 2004, he joined the faculty of the then newly established Department of Genetics and Complex Diseases at Harvard (renamed Molecular Metabolism in 2019) to continue research at the interface of cell signaling and metabolism. Research in the Manning laboratory is particularly focused on the regulation and function of the PI3K - mTOR signaling network in physiology and disease. Dr. Manning was an inaugural recipient of the National Cancer Institute’s Outstanding Investigator Award.

Research in the Manning lab is defining the molecular interface between cellular signaling networks and metabolic networks, as it relates to both normal physiology and diseases with metabolic dysregulation as a key feature, including cancer, diabetes, neurological disorders, and aging-related diseases. Research efforts are focused in part on defining the regulatory mechanisms and functions of a signaling network converging on the tuberous sclerosis complex (TSC) protein complex and the mammalian target of rapamycin (mTOR), which relay an array of extracellular and intracellular growth signals to control the balance between anabolic and catabolic metabolism in cells, tissues, and tumors.

DEPDC5-dependent mTORC1 signaling mechanisms are critical for the anti-seizure effects of acute fasting.

Hepatic mTORC1 signaling activates ATF4 as part of its metabolic response to feeding and insulin.

The Cancer Miracle Isn't a Cure. It's Prevention.

We cannot treat our way out of the rising trend in cancer cases. The only solution is a full-scale defense, so that nobody suffers the disease in the first place. A new route to control cell metabolism and growth

March 26, 2019—In a new Science paper, Brendan Manning, professor of genetics and complex diseases, and colleagues reveal how a previously understudied enzyme may help fuel the metabolism of cancer cells and contribute to the development of other… December 8, 2017 – A research team at Harvard T.H. Chan School of Public Health has identified a key metabolic vulnerability in some types of tumor cells and discovered a way to exploit it by harnessing well-known immunosuppressant…