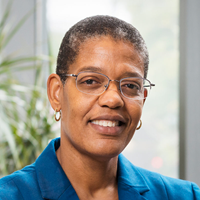 Dean of the Faculty

Office of the Dean

Faculty Affiliate in the Department of Global Health and Population

Michelle A. Williams, SM ’88, ScD ’91, is Dean of the Faculty, Harvard T.H. Chan School of Public Health, and Angelopoulos Professor in Public Health and International Development, a joint faculty appointment at the Harvard Chan School and Harvard Kennedy School. She is an internationally renowned epidemiologist and public health scientist, an award-winning educator, and a widely recognized academic leader. Prior to becoming Dean on July 1, 2016, she was Professor and Chair of the Department of Epidemiology at the Harvard T.H. Chan School of Public Health and Program Leader of the Population Health and Health Disparities Research Programs at Harvard’s Clinical and Translational Sciences Center (Harvard Catalyst).

Dean Williams joined the Harvard Chan faculty after a distinguished career at the University of Washington (UW) School of Public Health where she rose through the faculty ranks to become a full professor of epidemiology in 2000. While at the UW, she was very active in the Center for Perinatal Studies at the Swedish Medical Center in Seattle, becoming co-director from 2000 to 2011, with broad responsibilities for a multidisciplinary research program involving clinical investigators, basic scientists, and epidemiologists. From 1992 to 2010, she was an affiliate investigator at the Fred Hutchinson Cancer Research Center in Seattle, and from 2008 to 2011 she held a joint appointment in global health at the UW.

Dean Williams has published more than 500 peer-reviewed research papers ranging from studies of modifiable behavioral and environmental determinants of adverse health outcomes to genetic and genomic studies of common complications of pregnancy and chronic disorders among children and adults.

She has administered successfully large-scale, clinical epidemiology studies that seek to understand genetic and environmental causes of adverse pregnancy outcomes and other noncommunicable disorders along the life course. Dean Williams also developed and directed the Reproductive Pediatric and Perinatal Training Program at the UW for more than seven years.

In 1994, Dean Williams developed, and directed until 2019, the NIH-funded multidisciplinary international research training (MIRT) program that allows for the development and operations of undergraduate and graduate student training in global health, biostatistics, and epidemiology in over 14 foreign research sites in South America, South East Asia, Africa, and Europe.

She is a member of several professional and scholarly associations, including the National Academy of Medicine, the Society for Epidemiologic Research, and the American Epidemiological Society (elected). In 2020, she was awarded the Ellis Island Medal of Honor and recognized by PR Week as one of the top 50 health influencers of the year.

Dean Williams received her undergraduate degree in biology and genetics from Princeton University in 1984. She has a master’s in civil engineering from Tufts University, and master’s and doctoral degrees in epidemiology from the Harvard T.H. Chan School of Public Health.

Evaluating the performance of the Pain Interference Index and the Short Form McGill Pain Questionnaire among Chilean injured working adults.

Attempts to conceive and the COVID-19 pandemic: data from the Apple Women's Health Study.

Association of morningness-eveningness with psychiatric symptoms among pregnant women.

Amanda Yarnell, new senior director of the School’s Center for Health Communication, is refocusing the center on defining, teaching, and sharing best practices for communicating health information in a world that’s increasingly skeptical and fragmented. Tamarra James-Todd, the Mark and Catherine Winkler Associate Professor of Environmental Reproductive Epidemiology, received the 2022 Alice Hamilton Award for her leadership in the area of environmental exposure and women’s health. The inaugural cohort in the Harvard Global Nursing Leadership Program's Certificate in Global Public Health for Nurse Leaders convened in Kenya in September for a week-long intensive course on health systems strengthening. The U.S. has a lot to learn from Costa Rica. That message came through loud and clear in a fireside chat with former Costa Rican President Carlos Alvarado Quesada at Harvard Chan School.