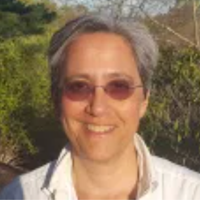 Nancy Krieger is Professor of Social Epidemiology, Department of Social and Behavioral Sciences, at the Harvard T.H. Chan School of Public Health and Director of the HSPH Interdisciplinary Concentration on Women, Gender, and Health. She has been a member of the School's faculty since 1995. Dr. Krieger is an internationally recognized social epidemiologist (PhD, Epidemiology, UC Berkeley, 1989), with a background in biochemistry, philosophy of science, and history of public health, plus 30+ years of activism involving social justice, science, and health. In 2004, she became an ISI highly cited scientist, a group comprising "less than one-half of one percent of all publishing researchers, with her ranking reaffirmed in the 2015 update." In 2013, she received the Wade Hampton Frost Award from the Epidemiology Section of the American Public Health Association, and in 2015, she was awarded the American Cancer Society Clinical Research Professorship. In 2019, Dr. Krieger was ranked as being "in the top 0.01% of scientists based on your impact" for both total career and in 2017 by a new international standardized citations metrics author database, including as #1 among the 90 top scientists listed for 2017 with a primary field of public health and secondary field of epidemiology (https://doi.org/10.1371/journal.pbio.3000384)

Dr. Krieger's work addresses three topics: (1) conceptual frameworks to understand, analyze, and improve the people's health, including the ecosocial theory of disease distribution she first proposed in 1994 and its focus on embodiment and equity; (2) etiologic research on societal determinants of population health and health inequities; and (3) methodologic research on improving monitoring of health inequities. In April 2011, Dr. Krieger's book, Epidemiology and the People's Health: Theory and Context, was published by Oxford University Press. This book presents the argument for why epidemiologic theory matters. Tracing the history and contours of diverse epidemiologic theories of disease distribution from ancient societies on through the development of - and debates within - contemporary epidemiology worldwide, it considers their implications for improving population health and promoting health equity. She is also editor of Embodying Inequality: Epidemiologic Perspectives (Baywood Press, 2004) and co-editor, with Glen Margo, of AIDS: The Politics of Survival (Baywood Publishers, 1994), and, with Elizabeth Fee, of Women's Health, Politics, and Power: Essays on Sex/Gender, Medicine, and Public Health (Baywood Publishers, 1994). In 1994 she co-founded, and still chairs, the Spirit of 1848 Caucus of the American Public Health Association, which is concerned with the links between social justice and public health.

RE: Decreasing Incidence of Estrogen Receptor-Negative Breast Cancer in the United States: Trends by Race and Region.

Effects of acid on bone.

Counting for Accountability in a Time of Catastrophe: COVID-19 and Other Deaths, Cohorts, Color Lines, and Dollar Signs.

Gestational exposure to fatal police violence and pregnancy loss in US core based statistical areas, 2013-2015.

Missing again: US racial and ethnic data for COVID-19 vaccination.

Correction: Variation in racial/ethnic disparities in COVID-19 mortality by age in the United States: A cross-sectional study.

Racism, sexism, social class, and health—30 years ago and today Experiencing sexual violence or workplace sexual harassment may raise a woman’s long-term risk of developing high blood pressure compared to women who have not experienced these traumatic events.

The Age of Trauma

A global pandemic. Horrific acts of police violence. Political upheaval. The climate crisis.The opioid epidemic. With sources of stress piling up and intersecting in new ways, a growing number of mental health experts are looking to root-cause solutions.