The purpose of our research group is to identify causes, risk factors (positive and negative), and biomarkers of susceptibility and early diagnosis of multiple sclerosis (MS), Parkinson’s disease (PD), and amyotrophic lateral sclerosis (ALS). Because of their progressive and disabling nature, these diseases have major adverse personal, social, and economic consequences. Prevention and early detection are critical, because there are no cures and the clinical diagnosis typically occurs after substantial and often irreversible neuronal loss, and at a time when neuroprotective interventions are probably too late to be fully effective.

At the core of our work is a series of prospective investigations that integrate genetic, biochemical, and traditional epidemiological approaches, and an interdisciplinary team including basic scientists, epidemiologists, and clinical investigators. Current projects include, among others: 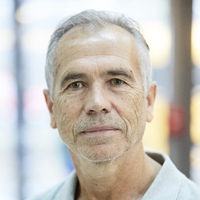 Professor of Epidemiology and Nutrition