Dr. Sommers is a health economist and a physician whose main research interests are health policy for vulnerable populations, the uninsured, and the health care safety net. He has received numerous awards for his research, including the Outstanding Dissertation Award, Alice Hersh New Investigator Award, the 2015 Article-of-the-Year Award, and the 2017 Health Services Research Impact Award from AcademyHealth, a preeminent national association of health policy researchers; and the Outstanding Junior Investigator Award from the Society of General Internal Medicine.  He was elected to the National Academy of Medicine in 2019.  His research has been published in leading journals including the New England Journal of Medicine, JAMA,  Journal of Health Economics, and Health Affairs.  His research has been profiled in the New York Times, Wall Street Journal, Washington Post, and National Public Radio.  He has testified before Congress and advised state Medicaid programs. 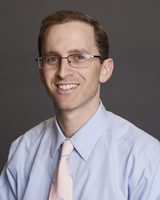