Karestan C. Koenen, PhD aims to reduce the population burden of mental disorders through research, training, and advocacy. She is passionate about using science to overcome violence and trauma, which are major preventable causes of health problems globally.

Dr. Koenen’s research focus is three-fold.  First, she studies why some people develop PTSD and related mental and physical health problems and why some people are resilient when exposed to similar traumatic events. Dr. Koenen is a co-principal investigator on the NIMH-funded AURORA study, led by Dr. Samuel McLean with Drs. Ronald Kessler and Kerry Ressler.  Dr. Koenen also co-leads the PTSD working group of the Psychiatric Genomics Consortium, which aims to identify genetic variants that increase risk and resilience following trauma exposure. Second, she investigates how violence, trauma, and PTSD alter long-term physical health and accelerate aging. Much of this work is done in collaboration with the Nurses’ Health Study. Third, she aims to expand access to evidence-based mental health treatment for survivors of violence and trauma. To this end, she co-wrote the book, Treating Survivors of Childhood Abuse and Interpersonal Trauma, Second Edition: STAIR Narrative Therapy with Drs. Marylene Cloitre and Lisa Cohen.

Dr. Koenen leads the NIMH-funded Training Program in Psychiatric Epidemiology and Biostatistics (T32) and the Interdisciplinary Concentration in Population Mental Health.  She also advises masters and doctoral degree students in the Departments of Epidemiology and Social Behavioral Sciences. In addition, Dr. Koenen leads the Trauma Epidemiology and Population Mental Health Research Group for her students and post-doctoral fellows.  The group is primarily a forum for trainees and junior investigators to present and receive feedback on work-in-progress, but also includes presentations on advanced research methodology and career development.

Dr. Koenen advocates for survivors of violence and trauma. In May 2011, Dr. Koenen testified before the House Foreign Affairs Full Committee about the epidemic of sexual violence and victim blaming culture of the Peace Corps. She has written for the Boston Globe, the Washington Post, the Huffington Post, and the Women’s Media Center’s Women Under Siege Project, which investigates how rape and other forms of sexualized violence are used as tools in conflict. Dr. Koenen also consulted on the documentary, It Happened Here, which examined the epidemic of sexual assault on university campuses.  In addition, Dr. Koenen speaks to lay audiences about the latest scientific findings around violence and trauma.

Woman of the Week, Women in the World Foundation, November 23, 2011

Award for Outstanding Contributions to the Science of Trauma Psychology, 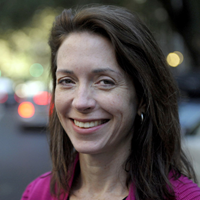