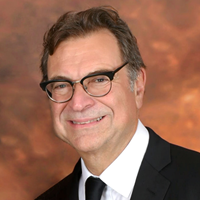 David Christiani, MD, MPH, MS, is a Professor of Occupational Medicine and Epidemiology with the School’s Departments of Environmental Health and Epidemiology. He earned his MD in 1976 from Tufts University, and an MS and MPH from the Harvard School of Public Health. He did his post-graduate medical training at Boston City Hospital and the Massachusetts General Hospital in Boston.
Professor Christiani’s major research interest lies in the interaction between human genes and the environment. In the emerging field of molecular epidemiology, he studies the impact of humans’ exposure to pollutants on health, as well as the how genetic and acquired susceptibility to these diseases along with environmental exposures can lead to acute and chronic pulmonary and cardiovascular disease. He is also developing new methods for assessing health effects after exposure to pollutants and has is very active in environmental and occupational health studies internationally.
In Asia, Africa, and North America, Dr. Christiani and his wide network of collaborators are studying of the reproductive effects of exposure to chemicals, in China; arsenic exposure and bladder and skin cancer, in Taiwan and Bangladesh; exposure to indoor combustion products in respiratory disease in Central America; petrochemical exposures, brain tumors, and leukemia in Taiwan; and the respiratory effects of paraquat exposure in Africa. Preventing these diseases is an ultimate goal.
With his HSPH colleagues, Professor Christiani has developed biologic markers useful for examining pollutant-induced diseases such as lung cancer, bladder cancer, skin cancer, and upper-respiratory-tract inflammation. He led a large molecular and genetic analysis of lung cancer, looking at genetic factors that make people susceptibility to lung cancer and help predict the outcome of treatment. He has also led studies of the acute respiratory effects of toxins in the particles produced by coal-burning power plants. This study is also evaluating molecular markers in nasal and lung fluids of exposed and unexposed workers. With collaborators at the Mass. General Hospital, Professor Christiani isl examining the role of genetic susceptibility in ARDS, as well as biomarkers predictive of outcome and survival for this disorder.
Christiani oversees a landmark 27-year-long study of respiratory disease in cotton-textile workers in Shanghai, China. This study has determined the rate of loss in lung function among dust-exposed workers and uses molecular biology’s tools to evaluate the relationship between exposure to endotoxins produced by bacteria in cotton and acute and chronic lung disease.

An Unrecognized Hazard in E-Cigarette Vapor: Preliminary Quantification of Methylglyoxal Formation from Propylene Glycol in E-Cigarettes.

Evidence in the UK Biobank for the underdiagnosis of erythropoietic protoporphyria.

A biomarker in a gene called TRIM27 appears to be associated with survival rates in patients with certain types of lung cancer, according to new research co-led by Harvard T.H. Chan School of Public Health. In the future,…

An interdisciplinary team of Harvard T.H. Chan School of Public Health researchers has launched a custom app to collect data on vaping habits and health as part of the Vaping and Health Study (VHS). The VHS app can…

January 2, 2020 – E-cigarette products made by Juul Labs were contaminated with a microbial toxin that can cause long-term lung damage, according to an analysis conducted by researchers from Harvard T.H. Chan School of Public Health. The study,… Amidst a spate of vaping-related illnesses and deaths in the U.S., doctors at a Detroit hospital performed a double lung transplant on a 17-year-old boy whose lungs were severely damaged from vaping. Doctors at Henry Ford Hospital said…

As of October 16, 2019, there were 29 reported cases of vaping-related illness in Massachusetts and one reported death. But public health officials haven’t been able to pinpoint the cause of the illnesses. Across the U.S., at least…