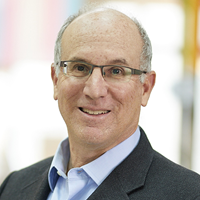 Dr Hauser's research interests are in the fields of reproductive, perinatal and pediatric epidemiology. His research specifically focuses on the effect of environmental chemicals on male and female fertility, pregnancy outcomes and children's health. For the past twenty years, he led the NIH funded study, referred to as the Environment and Reproductive Health (EARTH) study. The EARTH study investigates the effects of chemicals classified as endocrine disruptors on male and female reproductive health endpoints. Examples of specific chemicals of interest include persistent compounds (i.e., flame retardants, PCBs and DDT), and non-persistent chemicals including pesticides, phthalates, parabens and phenols. The EARTH study was conducted in collaboration with physicians and staff from the Massachusetts General Hospital, Harvard Medical School.

He is currently conducting an NIH funded study on the effect of maternal and paternal preconception exposures and maternal prenatal exposures to environmental chemicals on children's health. His research team is collecting information on somatic growth, metabolic health and neurobehavioral outcomes. This study, referred to as the Preconception Environmental exposure And Childhood health Effect (PEACE) study, is co-lead with faculty from Brown University School of Public Health.

He also conducted a NIH and EPA funded prospective cohort study on five hundred boys in Chapaevsk, Russia, where he investigated the relationship of exposure to dioxins, dioxin-like compounds, chlorinated pesticides, lead and phthalates with the boys growth and pubertal development. Children in Chapaevsk were exposed to high levels of dioxins and environmental chemicals due to historic environmental contamination from a large complex of chemical plants in the city. He is currently investigating the association of lead, dioxins, PCBs, organochlorine pesticides and phthalates measured in childhood with semen quality and sperm epigenetics in semen samples collected when the participants were young men. The study is being conducted in collaboration with Russian investigators from the Moscow State University and Chapaevsk Medical Association.

Association of peripubertal blood lead levels with reproductive hormones and semen parameters in a longitudinal cohort of Russian men.

Pesticide residue intake from fruits and vegetables and alterations in the serum metabolome of women undergoing infertility treatment.

Endocrine Disrupting Chemicals and Risk of Testicular Cancer: A Systematic Review and Meta-analysis.

Phthalate and DINCH urinary concentrations across pregnancy and risk of preterm birth.

Urinary concentrations of phenols, parabens, and triclocarban in relation to uterine leiomyomata incidence and growth.

Office workers in the U.S., the U.K., China, and India were exposed to complex mixtures of chemicals that can disrupt hormonal functions, according to a study that analyzed chemical traces picked up by silicone wristbands worn by the… Groundbreaking study will collect and analyze data on menstrual and gynecological health to improve overall understanding of women’s health needs. Study has potential to be largest study of its scope and scale. For immediate release: Thursday, November 14,… Determining which chemicals are dangerous among the many consumers are exposed to in their daily personal care product use is a daunting task for researchers and the public.

Chemicals known as phthalates and parabens are widely used in personal care products, however, it is unknown if this is an important exposure source for men. A new study by Harvard T.H. Chan School of Public Health researchers…