My air pollution work has examined both acute and chronic effects of air pollution exposure. Recent research has established that exposure to fine combustion particles in the air at concentrations well below current standards are associated with a range of adverse health effects from increased respiratory symptoms, to increased hospital admissions, to increased deaths. This work has led to a tightening of the U.S. air quality standards.

I am also interested in methodological questions regarding the modeling of continuous covariates in epidemiologic studies, both for better covariate control and to more accurately assess the relationship between exposure and response. This has involved regression spline models, nonparametric smoothing, and generalized additive models. I have been using mixed and hierarchical models to combine this information across studies. Case-crossover techniques have also been introduced for these purposes. I have demonstrated the effectiveness of these tools in applications in both lead and air pollution studies. I have also been interested in issues involving time series studies, where the outcomes measures are not independent. This has involved generalized least squares and generalized estimating equation approaches.

A third major focus of my research is on the effects of antioxidants on respiratory health. To data this has focused on chronic effects (e.g. relationship between dietary intake and level of pulmonary function or symptoms), but future research will examine their potential to modify acute responses as well.

A final area of interest is in the use of cost benefit analysis to make environmental decisions. I have developed benefit methodologies for assessing the benefits of lead control, and applied those methodologies to the decision to remove lead from gasoline, and recently, in collaboration with colleagues at the Centers for Disease Control, to a decision to revise their screening recommendations for children. I am also involved in cost benefit analysis of air pollution control. 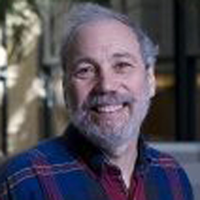