In an ongoing series of studies, Dr. Mittleman’s group is investigating the role of physical, psychological and chemical stressors as triggers of acute cardiovascular events, including nonfatal myocardial infarction, ventricular arrhythmias and stroke. The long-term goal of this line of research is to develop a better understanding of the mechanisms through which acute cardiovascular events are triggered, in the hopes of identifying novel preventive strategies.

This work has shown the importance of regular exercise as a means to prevent the onset of myocardial infarction (1) and sudden cardiac death (2) triggered by unusual strenuous activity. In addition, the role of psychological stress, including anger and anxiety, (3,4) have been documented to rarely trigger the onset of acute myocardial infarction. More recently, chemical stressors, including the use of illicit drugs such as cocaine (5) and marijuana (6), have been documented as triggers of acute myocardial infarction. In a recent series of studies, Dr. Mittleman’s group has evaluated the role of particulate air pollution on the onset of cardiovascular events (7). This novel line of research has implications for the public health consequences of current environmental standards set by the Environmental Protection Agency, which are currently under review.

In a second line of research, Dr. Mittleman’s group has evaluated the role of clinical and behavioral factors on the long-term prognosis of patients hospitalized with acute myocardial infarction. In a study of close to 2000 patients with acute myocardial infarction who were followed for up to 5 years, Dr. Mittleman’s group has evaluated the role of classical clinical features, such as diabetes (8) and gender differences (9) on the risk of dying following acute myocardial infarction. In addition, this research has demonstrated that patients who drink moderate amounts of alcohol (10) or caffeinated tea (11) have a better long-term prognosis with a lower risk of death than patients who do not engage in these behaviors.

For the past 8 years, Dr. Mittleman’s group has been collaborating with investigators at the Karolinska Institute in Stockholm. This research involves an ongoing study of the determinants and prognosis of coronary artery disease in women under age 60. This line of research has led to valuable information regarding the role of biologic markers, including lipoprotein (a) (12), fibrinogen , factor VII, von Willebrand factor, PAI-1 activity (13) on the incidence of acute coronary syndromes in young women. In addition, this study has led to valuable information on psychosocial determinants of coronary artery disease and its prognosis. For example, in a paper published in JAMA 2000, the role of marital stress on the prognosis of women with coronary artery disease was presented (14). Most recently, this collaborative project has led to the collection of serial quantitative coronary angiographies in a group of approximately 100 women who sustained an acute coronary syndrome. Quantitative coronary angiography was obtained at baseline, 3-6 months following the acute event, and repeated approximately 3 years later. A series of studies is currently underway to evaluate clinical characteristics, biomarkers and behavioral factors on progression of atherosclerosis as measured by quantitative coronary angiography in this population. Preliminary results have shown protective effects of moderate alcohol consumption and HDL levels, while high levels of triglycerides and marital stress are independently associated with progression of atherosclerosis.

In addition to the work in preventive cardiology, Dr. Mittleman is an expert in epidemiologic methods and is one of the codevelopers of the case-crossover study design. His research interests span the application of this methodology to disciplines other than cardiovascular disease. In particular, his Dr. Mittleman is the Principal Investigator on two studies of acute traumatic injury in the workplace. In one study, funded by NIOSH, Dr. Mittleman’s group interviewed over 1,100 patients with acute traumatic injury to the hands in a variety of industrial sectors and evaluated the role of transient risk factors in the workplace (16-18). In another study, Dr. Mittleman is investigating the determinants of sharps-related injuries in healthcare workers in a multicenter NIOSH-funded study (19, 20). 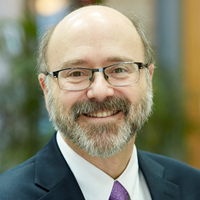