(September 2021) The scDRS software can be downloaded here. scDRS is a method that links scRNA-seq with polygenic risk of disease at individual cell resolution, as described in our manuscript “Polygenic enrichment distinguishes disease associations of individual cells in single-cell RNA-seq data” (Zhang*,Hou* et al. 2022).

(August 2021) The S2G software can be downloaded here. The S2G software can be used to estimate the precision and recall of SNP-to-gene linking (S2G strategies), and to construct combined S2G strategies to optimize their informativeness for disease risk, as described in our manuscript “Combining SNP-to-gene linking strategies to identify disease genes and assess disease omnigenicity” (Gazal et al. 2022).

(May 2021) Sc-linker is a framework for integrating scRNA-seq, epigenetic maps and GWAS summary statistics to infer the underlying cell types and processes by which genetic variants influence disease, as described in our manuscript “Identifying disease-critical cell types and cellular processes across the human body by integration of single-cell profiles and human genetics” (Jagadeesh*, Dey* et al. 2022). Software for constructing cell type, disease progression and cellular process gene programs can be downloaded here and here.  Postprocessed scRNA-seq data, gene programs, and enhancer-gene linking annotations can be downloaded here.

(January 2021) The PolyFun software, implementing PolyFun and PolyPred, can be downloaded here. PolyFun is a method that leverages genome-wide functional annotations to improve fine-mapping power, as described in our manuscript “Functionally-informed fine-mapping and polygenic localization of complex trait heritability” (Weissbrod et al. 2020). PolyPred is a method that leverages fine-mapping via PolyFun to improve polygenic prediction accuracy, particularly in diverse populations, as described in our manuscript “Leveraging fine-mapping and non-European training data to improve trans-ethnic polygenic risk scores” (Weissbrod*,Kanai*,Shi* et al. 2022).

(March 2020) The CC-GWAS software can be downloaded here. CC-GWAS is a method to test for differences in allele frequency among cases of two different disorders using summary statistics from the respective case-control GWAS, as described in our manuscript “Identifying loci with different allele frequencies among cases of eight psychiatric disorders using CC-GWAS” (Peyrot et al. 2021).

(January 2020) The AnnotBoost software and annotations can be downloaded here. AnnotBoost is a a gradient boosting-based framework to impute and denoise Mendelian disease-derived pathogenicity scores to improve their informativeness for common disease, as described in our manuscript “Improving the informativeness of Mendelian disease-derived pathogenicity scores for common disease” (Kim et al. 2020 ).

(September 2018) The S-LD4M software can be downloaded here.  This software implements our Stratified LD 4th moments regression (S-LD4M) method for estimating polygenicity across allele frequencies and functional categories, as described in our manuscript “Polygenicity of complex traits is explained by negative selection” (O’Connor et al. 2019).

SOFTWARE REGISTRATION: we encourage EIGENSOFT users to register here. Registration is voluntary, but will allow us to send information about software updates.

SNP loadings computed from samples with European ancestry from the GERA cohort can be downloaded here.

(May 2016) The Eagle v2.0 software (Loh et al. 2016b) estimates haplotype phase either using a phased reference panel or within a genotyped cohort. Eagle2 is now the default phasing method on the Sanger and Michigan imputation servers and uses a new, very fast HMM-based algorithm that improves speed and accuracy over existing methods via two key ideas. : a new data structure based on the positional Burrows-Wheeler transform and a rapid search algorithm that explores only the most relevant paths through the HMM. Compared to the Eagle1 algorithm (Loh et al. 2016a), Eagle2 has similar speed but much greater accuracy at sample sizes <50,000. The Eagle software can be downloaded here.

(July 2015) The haploSNP algorithm (Bhatia et al. biorxiv) constructs a set of haplotype polymorphisms (haploSNPs) from phased genotype data. haploSNPs are haplotypes of adjacent SNPs excluding a subset of masked sites that arise from skipped mismatches. Mismatches are skipped only if they can be potentially explained as mutations on a shared background. This is tested using a 4-gamete test between the haploSNP being extended and the mismatch SNP. If all 4 possible allelic combinations are observed, the mismatch cannot be explained as a mutation on a shared background, and the haploSNP is terminated.
Individuals are considered to carry 0,1, or 2 copies of the haploSNP if none, one or both of their chromosomes matches the haplotype at all unmasked sites. As haploSNPs are biallelic, they can be used in downstream analyses such as heritability estimation and association.
The haploSNP software can be downloaded here.

(June 2015) PCGC regression (Golan et al. 2014 PNAS) is designed to avoid biases in REML estimation of heritability in the context of ascertained case-control studies. We have released an efficient implementation of the PCGC regression method. Subject to the restriction that all GRMs be computed over identical lists of individuals (all *.grm.id files must be identical), this implementation eliminates in-memory storage of N x N matrices by accumulating dot products among regressors on-the-fly (i.e., streaming the GRM inputs), speeds up jackknife computations (storing partition results on the fly), and eliminates storage of “cleaned” GRMs (i.e., with PCs projected out) by projecting PCs on-the-fly. The Efficient PCGC Regression software is used in Loh et al. 2015b and Bhatia et al. biorxiv, and can be downloaded here.

(March 2015) The LDpred software can be downloaded here.  LDpred (Vilhjalmsson et al. 2015) is a method for computing polygenic risk scores from summary association statistics while accounting for LD between markers. The method infers the posterior mean causal effect size of each marker using a non-infinitesimal prior distribution on effect sizes and LD information from an external reference panel.

(March 2011): HAPMIX version 1.2 can be downloaded here. Improvements to version 1.2 include an explicit check for discordance between admixed and reference population allele frequencies, and a script to interpolate estimates of local ancestry to a superset of SNPs. HAPMIX is an application for accurately inferring chromosomal segments of distinct continental ancestry in admixed populations, using dense genetic data.For details, see the HAPMIX paper (Price et al. 2009). 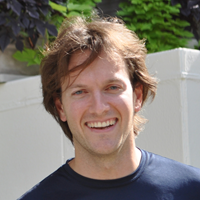