Dr. Berkman is the director of the Harvard Center for Population and Development Studies (HCPDS) and the Thomas D. Cabot Professor of Public Policy and of Epidemiology at the Harvard T.H. Chan School of Public Health. She is an internationally recognized social epidemiologist whose work focuses extensively on social and policy influences on health outcomes. Her research orients toward understanding inequalities in health related to socioeconomic status, working conditions, social and economic policies, and social networks and isolation.

Dr. Berkman is the principal investigator of the Health and Aging Study in Africa: A Longitudinal Study of an INDEPTH Community in South Africa (HAALSI), a program project funded by the National Institute on Aging. HAALSI aims to study the social, economic, and policy drivers and consequences of HIV and non-communicable diseases in an aging population in Agincourt, South Africa.  This study also has a major study on dementia as well.   She is also PI of the Robert Wood Johnson Foundation Study of Workplace Redesign for Worker Well-being: Blueprint for Resilience.

She is currently a member of the Conseil Scientifique de l’Institut de Recherche en Sante Publique (IReSP) in France. She has been actively involved since 1994 in French population studies first, the GAZEL study, a cohort of 20,000 French employees of EDF-GDF, the large natural gas-electricity company, and currently CONSTANCES a study of a representative sample of 200000 men and women 18 and over in France. She is currently a commissioner on the National Academy of  Medicine Roadmap for Health Longevity and a panel member on the U.K. Deaton Review of Inequality in the twenty-first century.

From 2017-2020, Dr. Berkman was faculty director of the PhD program in population health sciences at the Harvard T.H. Chan School of Public Health.

She is the author or co-author of several books and 300 publications/chapters. In 2003, she co-edited (with Ichiro Kawachi) Social Epidemiology, a groundbreaking textbook on this burgeoning field. A second edition was published in 2014 with co-authors Kawachi and Maria Glymour. She currently has a book in press jointly edited with Truesdale on “Overtime, the future of working longer”, addressing this generation and the next of older workers in America.

In recent years, she served as a co-PI on the Work, Family & Health Network, a study involving workplace practices and employee and family health. From 2002-2016, she served as co-site director of the Robert Wood Johnson Foundation Health & Society Scholars program.

Prior to becoming director of the HCPDS, Dr. Berkman was chair of the Department of Society, Human Development and Health at the Harvard T.H. Chan School of Public Health (1995 – 2008) and was former head of the division of chronic disease epidemiology at Yale University. 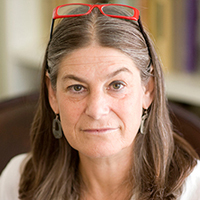 Thomas D. Cabot Professor of Public Policy and of Epidemiology

Please contact Lisa Berkman, or the Office of Communications at the Harvard T.H. Chan School of Public Health.