Why Weight Has Become a Worldwide Problem

Globalization-the inexorable spread of knowledge, technology, culture, and capital from country to country (1)-has been a force both for good and ill, especially when it comes to health. The good: Globalization has lifted millions of people out of poverty, reducing hunger and infectious disease, and, in turn, improving quality of life. The ill: The same social and economic shifts that have increased people’s wealth have also increased their waistlines-and are driving the obesity epidemic in China, India, and other developing countries worldwide.

Many low- and middle-income countries struggle with the so-called “dual burden” of obesity and underweight; but although malnutrition persists in many places, overweight is rapidly becoming a more common problem than underweight. (6) Indeed, for the first time in human history, the world has more overweight than underweight people, (7) and globalization is a major reason for this: It has brought McDonald’s franchises to Mumbai and SUVs to Shanghai, digital TVs to Dar es Salaam and Nestle’s supermarket barges to the Amazon River delta. (8–11) It has thus super-charged the “nutrition transition,” a term for the obesity-inducing shift from traditional to Western diets that accompanies modernization and wealth.

This article gives a brief overview of how globalization is fueling the obesity epidemic in low- and middle-income countries.

At an individual level, obesity results from energy imbalance—too many calories in, too few calories burned. But the food and physical activity choices that individuals make are shaped by the world in which they live:

Over the past four decades, the price of beef has dropped an astounding 80 percent, thanks in large part to global trade liberalization. (12) Low- and middle-income countries began making it easier to trade crops across country borders in the 1970s and 1980s. (13) In 1994, the General Agreement on Tariffs and Trade formally included agricultural products for the first time, leading to a more open global agricultural marketplace and, ultimately, to cheaper food. (13)

Changes in food prices have been linked to changes in how much people eat, and in turn, their risk of obesity. (14,15) But that’s not the only way that free trade contributes to the problem. Trade liberalization gives people access to different types of food and, often, more high-calorie processed foods. It also removes barriers to foreign investment in food distribution and allows multinational food companies and fast-food chains to expand into new countries. (16)

Due to globalization, the world is getting wealthier, and wealth and weight are linked. (16,17) As countries start to move up the income scale, obesity rates climb, too. Farm workers and poor city-dwellers may now have enough money to pick up “modern habits associated with obesity” (7)-watching television, buying processed foods at supermarkets, and eating more food away from home, for example. But they don’t yet have the healthcare and knowledge about healthy foods and physical activity that would help them keep their weight down. When countries move further up the scale to middle- and high-income, and people have better access to health care and education, obesity rates tend to flatten and fall off.

Interestingly, in low-income countries, wealthier, well-educated people are more likely to be overweight than people who have lower incomes or less schooling. The opposite is true in higher income countries, where wealthier people have lower rates of obesity than the poor. And even in some lower-middle- and middle-income countries, such as China and Brazil, obesity rates are higher or growing more quickly among the poor than among the rich. (18,19)

The world is becoming more and more urban. Today, more than half of the world’s population lives in cities, compared with 10 percent in 1900. (16) Countries where most of the population is rural are seeing urbanization progress at staggering rates (1): In China, for example, more than a billion people will be living in urban centers by 2050, nearly double the number today. (20) 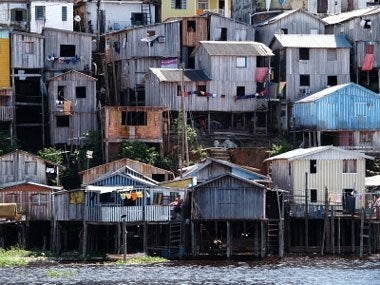 Crowded homes along the Amazon shore in Manaus, Brazil.

Urban food and built environments, as well as the new technologies that accompany city living, can lead to poorer diets and more sedentary lifestyles. Urbanization does make it easier for people to receive health care and education, both of which can help curb obesity rates. (1) But in many low- and middle- income countries, new urban areas develop so quickly that the health care and education infrastructure is simply not in place.

Urban neighborhoods may also be less safe-or may be perceived as being less safe-than traditional village settings. Some (but not all) research suggests that when people perceive their neighborhoods to be less safe, they may be less likely to walk or do other physical activities outdoors; most of this research has been conducted in higher income countries, however, and more research is needed in low- and middle-income countries to see whether safety concerns there have a similar activity-limiting effect. (21,22)

Speeding Up the Nutrition Transition

Economic growth and urbanization lead to predictable shifts in diet, called “nutrition transitions.” In hunter-gatherer societies, people forage for food. Next, they shift to rudimentary agriculture, often enduring famine. As wealth and technology grow and famine recedes, calorie intake rises, leading to overeating and obesity. (3,5) Globalization has helped move many countries from famine to food sufficiency. But in many low- and middle-income countries, globalization has also accelerated the shift from food sufficiency to Western-style feast-and in turn, to obesity and obesity-related diseases.

China offers a good example of the rapid diet changes that accompany modernization, wealth, and the growing availability of low-priced, high-calorie foods: 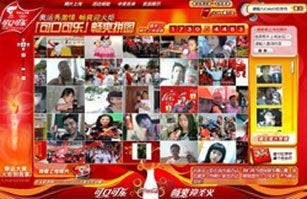 During the 2008 Olympic Games, Coca Cola mounted a major marketing campaign in China, including this interactive website that posted more than 17 million photos from Chinese consumers. Source: (47)

Labor-saving devices have curbed physical activity in many facets of people’s lives, resulting in society-wide declines in individual energy expenditure that further accelerate obesity’s rise. Specific changes include the following:

Changes in Behavior and Cultural Norms

Rapid shifts to urban lifestyles and economic growth have also brought about behavior changes that may be contributing to the obesity epidemic in low- and middle-income countries:

There’s no question that globalization has improved the quality of life for many people in the developing world. But it has also increased access to cheap, unhealthy foods and brought with it more sedentary, urban lifestyles. From a public health perspective, the combination of these changes is creating a “perfect storm” a catastrophic and costly rise in obesity and obesity-related diseases in countries that, at the same time, are still struggling with malnutrition and high rates of infectious diseases.

Obesity has already begun taking a toll on low- and middle-income countries. It’s not too late, though, to avert the full brunt of the storm, especially if low- and middle-income countries can learn from the mistakes of higher income countries, which did not recognize the health consequences of modernization until they were already taking a greater toll. Governments must implement policies that help individuals make better choices: for example, policies that support healthy eating, such as junk-food taxes and produce subsidies, and that encourage active living, such as school physical education requirements and urban bike lanes. If they do not, obesity promises to take a devastating toll on these emerging economies-and, given our global interconnectedness, on the world.

Obesity rates are higher in wealthier countries than low- and middle-income countries, but it is indeed a worldwide problem, for both adults adults and children.