Obesity results from energy imbalance: too many calories in, too few calories burned. A number of factors influence how many calories (or how much “energy”) people burn each day, among them, age, body size, and genes. But the most variable factor-and the most easily modified-is the amount of activity people get each day.

Keeping active can help people stay at a healthy weight or lose weight. It can also lower the risk of heart disease, diabetes, stroke, high blood pressure, osteoporosis, and certain cancers, as well as reduce stress and boost mood. Inactive (sedentary) lifestyles do just the opposite.

The World Health Organization, the U.S. Dept. of Health and Human Services, and other authorities recommend that for good health, adults should get the equivalent of two and a half hours of moderate-to-vigorous physical activity each week. (2–4) Children should get even more, at least one hour a day. There’s been some debate among researchers, however, about just how much activity people need each day to maintain a healthy weight or to help with weight loss, and the most recent studies suggest that a total of two and a half hours a week is simply not enough.

Experts measure the intensity of physical activity in metabolic equivalents or METs. One MET is defined as the calories burned while an individual sits quietly for one minute. For the average adult, this is about one calorie per every 2.2 pounds of body weight per hour; someone who weighs 160 pounds would burn approximately 70 calories an hour while sitting or sleeping. Moderate-intensity physical activity is defined as activities that are strenuous enough to burn three to six times as much energy per minute as an individual would burn when sitting quietly, or 3 to 6 METs. Vigorous-intensity activities burn more than 6 METs.

It is challenging for researchers to accurately measure people’s usual physical activity, since most studies rely on participants’ reports of their own activity in a survey or daily log. This method is not entirely reliable: Studies that measure physical activity more objectively, using special motion sensors (called accelerometers), suggest that people tend to overestimate their own levels of activity. (6)

Worldwide, people are less active today than they were decades ago. While studies find that sports and leisure activity levels have remained stable or increased slightly, (7–10) these leisure activities represent only a small part of daily physical activity. Physical activity associated with work, home, and transportation has declined due to economic growth, technological advancements, and social changes. (7,8,10,11) Some examples from different countries:

The flip side of this decrease in physical activity is an increase in sedentary activities-watching television, playing video games, and using the computer. Add it up, and it’s clear that globally, the “energy out” side of the energy balance equation is tilting toward weight gain.

How Much Activity Do People Need to Prevent Weight Gain?

Weight gain during adulthood can increase the risk of heart disease, diabetes, and other chronic conditions. Since it’s so hard for people to lose weight and keep it off, it’s better to prevent weight gain in the first place. Encouragingly, there’s strong evidence that staying active can help people slow down or stave off “middle-age spread”: (13) The more active people are, the more likely they are to keep their weight steady; (15,16) the more sedentary, the more likely they are to gain weight over time. (17) But it’s still a matter of debate exactly how much activity people need to avoid gaining weight. The latest evidence suggests that the recommended two and a half hours a week may not be enough.

The Women’s Health Study, for example, followed 34,000 middle-age women for 13 years to see how much physical activity they needed to stay within 5 pounds of their weight at the start of the study. Researchers found that women in the normal weight range at the start needed the equivalent of an hour a day of moderate-to-vigorous physical activity to maintain a steady weight. (18)

Vigorous activities seem to be more effective for weight control than slow walking. (15,19,20) The Nurses’ Health Study II, for example, followed more than 18,000 women for 16 years to study the relationship between changes in physical activity and weight. Although women gained, on average, about 20 pounds over the course of the study, those who increased their physical activity by 30 minutes per day gained less weight than women whose activity levels stayed steady. And the type of activity made a difference: Bicycling and brisk walking helped women avoid weight gain, but slow walking did not.

How Much Activity Do People Need to Lose Weight?

Exercise can help promote weight loss, but it seems to work best when combined with a lower calorie eating plan. (3) If people don’t curb their calories, however, they likely need to exercise for long periods of time-or at a high intensity-to lose weight. (3,21,22) 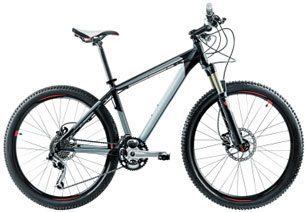 More recently, researchers conducted a similar trial with 320 post-menopausal women, randomly assigning them to either 45 minutes of moderate-to-vigorous aerobic activity, five days a week, or to a control group. Most of the women were overweight or obese at the start of the study. After one year, the exercisers had significant decreases in body weight, body fat, and abdominal fat, compared to the non-exercisers. (23)

How Does Activity Prevent Obesity?

The Bottom Line: For Weight Control, Aim for an Hour of Activity a Day

Being moderately active for at least 30 minutes a day on most days of the week can help lower the risk of chronic disease. But to stay at a healthy weight, or to lose weight, most people will need more physical activity-at least an hour a day-to counteract the effects of increasingly sedentary lifestyles, as well as the strong societal influences that encourage overeating.

Keep in mind that staying active is not purely an individual choice: The so-called “built environment”-buildings, neighborhoods, transportation systems, and other human-made elements of the landscape-influences how active people are. (25) People are more prone to be active, for example, if they live near parks or playgrounds, in neighborhoods with sidewalks or bike paths, or close enough to work, school, or shopping to safely travel by bike or on foot. People are less likely to be active if they live in sprawling suburbs designed for driving or in neighborhoods without recreation opportunities.

Local and state governments wield several policy tools for shaping people’s physical surroundings, such as planning, zoning, and other regulations, as well as setting budget priorities for transportation and infrastructure. (27) Strategies to create safe, active environments include curbing traffic to make walking and cycling safer, building schools and shops within walking distance of neighborhoods, and improving public transportation, to name a few. Such changes are essential to make physical activity an integral and natural part of people’s everyday lives-and ultimately, to turn around the obesity epidemic.

How sedentary behaviors contribute to obesity

Media use among youth in the United States