Weight Problems Take a Hefty Toll on Body and Mind

In the old spiritual, “Dem Bones,” each body part is linked to the next one in line: the thigh bone to the knee bone, the knee bone to the leg bone, and so on. But one body “part”-weight-is connected to virtually all of the others. A healthy weight sets the stage for bones, muscles, brain, heart, and others to play their parts smoothly and efficiently for many years.

Excess weight, especially obesity, diminishes almost every aspect of health, from reproductive and respiratory function to memory and mood. Obesity increases the risk of several debilitating, and deadly diseases, including diabetes, heart disease, and some cancers. It does this through a variety of pathways, some as straightforward as the mechanical stress of carrying extra pounds and some involving complex changes in hormones and metabolism. Obesity decreases the quality and length of life, and increases individual, national, and global healthcare costs. The good news, though, is that weight loss can curtail some obesity-related risks. (1) Losing as little as 5 to 10 percent of body weight offers meaningful health benefits to people who are obese, even if they never achieve their “ideal” weight, and even if they only begin to lose weight later in life.

Entire books have been written detailing the effects of obesity on various measures of health. This article briefly summarizes associations between obesity and adult health.

The condition most strongly influenced by body weight is type 2 diabetes. In the Nurses’ Health Study, which followed 114,000 middle-age women for 14 years, the risk of developing diabetes was 93 times higher among women who had a body mass index (BMI) of 35 or higher at the start of the study, compared with women with BMIs lower than 22. (2) Weight gain during adulthood also increased diabetes risk, even among women with BMIs in the healthy range. The Health Professionals Follow-Up Study found a similar association in men. (3)

More recently, investigators conducted a systematic review of 89 studies on weight-related diseases and then did a statistical summary, or meta-analysis, of the data. Of the 18 weight-related diseases they studied, diabetes was at the top of the risk list: Compared with men and women in the normal weight range (BMI lower than 25), men with BMIs of 30 or higher had a sevenfold higher risk of developing type 2 diabetes, and women with BMIs of 30 or higher had a 12-fold higher risk. (4)

Fat cells, especially those stored around the waist,secrete hormones and other substances that fire inflammation. Although inflammation is an essential component of the immune system and part of the healing process, inappropriate inflammation causes a variety of health problems. Inflammation can make the body less responsive to insulin and change the way the body metabolizes fats and carbohydrates, leading to higher blood sugar levels and, eventually, to diabetes and its many complications. (5) Several large trials have shown that moderate weight loss can prevent or delay the start of diabetes in people who are at high risk. (6-8)

The good news is that weight loss of 5 to 10 percent of body weight can lower blood pressure, LDL cholesterol, and triglycerides, and improve other cardiovascular risk factors. (12-14)

The association between obesity and cancer is not quite as clear as that for diabetes and cardiovascular disease. This is due in part to the fact that cancer is not a single disease but a collection of individual diseases. 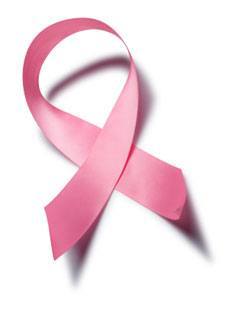 In an exhaustive review of the data, released in 2007, an expert panel assembled by the World Cancer Research Fund and the American Institute for Cancer Research concluded that there was convincing evidence of an association between obesity and cancers of the esophagus, pancreas, colon and rectum, breast, endometrium, and kidney, and a probable association between obesity and gallbladder cancer. (15) Abdominal obesity and weight gain during adulthood were also linked with several cancers. A later systematic review and meta-analysis confirmed direct associations between obesity and cancers of the breast, colon and rectum, endometrium, esophagus, kidney, ovary, and pancreas. (4) Encouragingly, the Nurses’ Health Study has found that for overweight women who have never used hormone replacement therapy, losing weight after menopause-and keeping it off-cut their post menopausal risk by one half.

Obesity, Depression, and Quality of Life

Although a biological link between obesity and depression has not yet been definitively identified, possible mechanisms include activation of inflammation, changes in the hypothalamic-pituitary-adrenal axis, insulin resistance, and social or cultural factors.

Studies of the effect of obesity on specific health outcomes such as diabetes or depression provide only a glimpse of the full impact of obesity on health and well-being. Health-related quality of life (HRQoL) integrates the effect of obesity (or any other condition) across physical, psychological, and social functioning. Although HRQoL is a relatively young field of research, a number of studies have evaluated the overall impact of obesity on HRQoL. Among 31 studies in adults, the majority demonstrated that obesity was significantly associated with reduced HRQoL, compared with normal weight. (19) Researchers found a similar association among five HRQoL studies in children and adolescents.

Obesity can influence various aspects of reproduction, from sexual activity to conception. Among women, the association between obesity and infertility, primarily ovulatory infertility, is represented by a classic U-shaped curve. In the Nurses’ Health Study, infertility was lowest in women with BMIs between 20 and 24, and increased with lower and higher BMIs. (20) This study suggests that 25 percent of ovulatory infertility in the United States may be attributable to obesity. During pregnancy, obesity increases the risk of early and late miscarriage, gestational diabetes, preeclampsia, and complications during labor and delivery. (21) It also slightly increases the chances of bearing a child with congenital anomalies. (22) One small randomized trial suggests that modest weight loss improves fertility in obese women. (23) 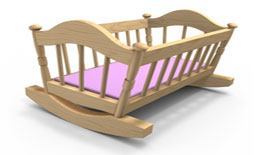 The impact of obesity on male fertility is less clear. In a study by Hammoud and colleagues, the incidence of low sperm count (oligospermia) and poor sperm motility (asthenospermia) increased with BMI, from 5.3 and 4.5 percent, respectively, in normal-weight men to 15.6 and 13.3 percent in obese men. (24) In contrast, a study by Chavarro and colleagues found little effect of body weight on semen quality except at the highest BMIs (above 35), despite major differences in reproductive hormone levels with increasing weight. (25)

Sexual function may also be affected by obesity. Data from the Health Professionals Follow-Up Study, (26) the National Health and Nutrition Examination Survey (NHANES), (27) and the Massachusetts Male Aging Study (28) indicate that the odds of developing erectile dysfunction increase with increasing BMI. Of note, weight loss appears to be mildly helpful in maintaining erectile function. (29) The effect of obesity on female sexual function is less clear. In a recent French study, obese women were less likely than normal-weight women to report having had a sexual partner in the preceding 12 months, but the prevalence of sexual dysfunction was similar in both groups. (30) In a smaller survey of 118 women, Esposito and colleagues found that obese women had lower scores on the Female Sexual Function Index, with strong correlations between increasing BMI and problems with arousal, lubrication, orgasm, and satisfaction. (31)

Excess weight impairs respiratory function via mechanical and metabolic pathways. The accumulation of abdominal fat, for example, may limit the descent of the diaphragm, and in turn, lung expansion, while the accumulation of visceral fat can reduce the flexibility of the chest wall, sap respiratory muscle strength, and narrow airways in the lungs. (32) Cytokines generated by the low-grade inflammatory state that accompanies obesity may also impede lung function.

Asthma and obstructive sleep apnea are two common respiratory diseases that have been linked with obesity. In a meta-analysis of seven prospective studies that included 333,000 subjects, obesity increased the risk of developing asthma in both men and women by 50 percent. (33) Obesity is also a major contributor to obstructive sleep apnea (OSA), which is estimated to affect approximately one in five adults; one in 15 adults has moderate or severe obstructive sleep apnea. This condition is associated with daytime sleepiness, accidents, hypertension, cardiovascular disease, and premature mortality. Between 50 percent and 75 percent of individuals with OSA are obese. (32) Clinical trials suggest that modest weight loss can be helpful when treating sleep apnea. (34, 35)

Excess weight places mechanical and metabolic strains on bones, muscles, and joints. In the United States, an estimated 46 million adults (about one in five) report doctor-diagnosed arthritis. (1) Osteoarthritis of the knee and hip are both positively associated with obesity, and obese patients account for one-third of all joint replacement operations. (39) Obesity also increases the risk of back pain, lower limb pain, and disability due to musculoskeletal conditions.

Obesity and Other Conditions

A number of additional health outcomes have been linked to excess weight. These include the development of gallstones in men (40) and women, (41) as well as gout, (42, 43) chronic kidney disease, (44) and nonalcoholic fatty liver disease. (25,45)

Given the adverse consequences of obesity on multiple aspects of health, it makes sense that the condition also shortens survival or increases premature mortality. However, pinning down the contribution of obesity to premature mortality has been fraught with methodological problems and controversy.

Two of the biggest problems that researchers must cope with are reverse causation-low body weight is often the result of chronic disease, rather than being a cause of it-and the effect of smoking. People with BMIs below 25 are a mix of healthy individuals and those who have lost weight due to cancer or some other disease that may or may not have been diagnosed. Smoking also confuses the issue because smokers tend to weigh less than their nonsmoking counterparts. When reverse causation and the adverse effects of smoking aren’t fully accounted for, death rates among lean individuals will be inflated and those among overweight and obese individuals will be diminished. That was a problem with a widely reported study based on data from NHANES, which estimated relatively low numbers of excess obesity-related deaths. (46) A careful critique of using the NHANES data to estimate mortality demonstrated that correcting for statistical biases significantly increased the estimate of excess deaths attributable to obesity. (47)

Findings from larger studies that have more accurately accounted for reverse causation and smoking clearly show that increasing weight increases the risks of dying from cardiovascular disease, cancer, and other causes. In a 14-year study of a million-person cohort, researchers restricted their analyses to initially healthy nonsmokers. The risk of death from all causes, cardiovascular disease, cancer, or other diseases increased as BMI increased above the healthiest range of 23.5 to 24.9 in men and 22.0 to 23.4 in women. (48) A similar association between weight and mortality was observed in another carefully controlled analysis of five prospective cohort studies (49) and a prospective study of more than 500,000 older men and women in the National Institutes of Health/AARP study. (50)

Obesity harms virtually every aspect of health, from shortening life and contributing to chronic conditions such as diabetes and cardiovascular disease to interfering with sexual function, breathing, mood, and social interactions. Obesity isn’t necessarily a permanent condition. Diet, exercise, medications and even surgery can lead to weight loss. Yet it is much much harder to lose weight than it is to gain it. Prevention of obesity, beginning at an early age and extending across a lifespan could vastly improve individual and public health, reduce suffering, and save billions of dollars each year in health care costs.

The World Health Organization estimates that having too high a BMI is responsible for 21 percent of the cases of ischemic heart disease, 23 percent of ischemic stroke, 58 percent of type 2 diabetes, and 39 percent of hypertension. Obesity also increases the risk of some cancers, as well as the risk of nonfatal diseases, such as joint problems and infertility. (7)