(MAHERY) and has been working with Dr. Golden since 2014. Hervet was a Fulbright scholar in 2011 where he received his MS in Agricultural Economics at the University of Arkansas, Fayetteville. He attended the Environmental Leadership Program at the University of California, Berkeley in 2015. Since April 2018, Hervet has been leading longitudinal, community-based epidemiological research in three rainforest communities adjacent to the 2 largest protected areas in Madagascar: Makira Natural Park and Masoala National Park. Each month, the MAHERY team comprehensively targets every individual in the three communities to collect information on 23 diseases and conditions that are self-reported by roughly 1,300 individuals. In addition to that, MAHERY 1) monitors the growth of kids less than five years of age; 2) collects the blood pressure of individuals above 20 years old; and 3) conducts dietary intake surveys. Simultaneously, the MAHERY team collects temperature, rainfall, humidity, and wind data every day.

Hervet has also been the main liaison to government agencies and ministry officials to help the MAHERY team translate its findings to policy action. He is currently working with the Malagasy government to implement a climate-smart health information system. This is a collaboration among MAHERY, Harvard T.H. Chan School of Public Health, and the Malagasy government. 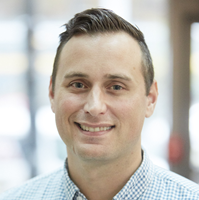