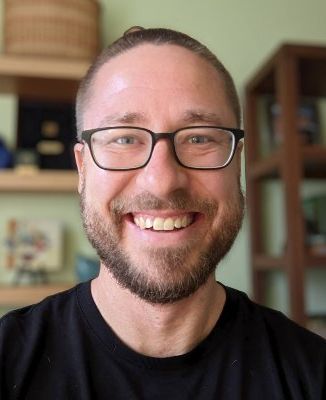 Dr. Leek is scheduled to give an in-person lecture (also available via Zoom) at the Harvard T.H. Chan School of Public Health on Thursday, September 22.

*Events are only open to the Harvard, DFCI, and Longwood community and will follow any current COVID-19 protocols. More information to follow.

Dr. Leek will present a lecture on:Data science training in communities with limited technology resources and opportunitiesData science is a field that touches nearly every part of our modern lives – from the shows we watch, to our jobs, to the economy, to sports and entertainment. Moreover, modern technologies like cloud computing and access to increasing volumes of data have opened the door to incredible new opportunities for those with data skill. RLadies, Bioconductor, Data Carpentry, and RStudio have also done an incredible job of creating a supportive community for these new data scientists to flourish. But not everyone gets equal access to the training that can pull them into this field.In this talk I will describe a collaborative effort to build DataTrail – a data science program created in partnership with local non-profits in Baltimore that seeks to spread awareness, knowledge, and opportunities into historically under-resourced and under-served communities. I will highlight the incredible work of the partners who made this training program possible, show examples of the achievements of DataTrail participants, discuss successes and challenges with the program, and talk about the rewards of being a part of community-based data science education. Finally, I will highlight opportunities to be a part of our DataTrail community or build a new DataTrail in yours.

We are extremely pleased to announce that Dr. Jeffrey T. Leek, Vice President, Chief Data Officer, and J. Orin Edson Foundation Professor of Public Health Sciences at the Fred Hutchinson Cancer Research Center, will be the recipient of the 2022 Myrto Lefkopoulou Distinguished Lectureship!

Through his expansive and invaluable research, passion for scientific communication, and innovation and leadership in education, Dr. Leek  has distinguished himself as one of the most influential statisticians of his generation. His impact has been felt not just in academia, but in society at large.

With the unprecedented surge in visibility of data analysis and data-driven science, Dr. Leek played a pivotal role in preserving the integrity of the discipline and showing the world its importance. Dr. Leek has published seminal work that spans broad areas from latent variable models, to false discovery rates, and applications to genomics. His innovative ideas and tools have inspired an entirely new area of research within the statistical community, including the widely used Surrogate Variable Analysis (SVA) algorithm, a solution to batch effects described in a 2007 paper which has been cited over 1,000 times. His response to other statistical challenges has led to more important contributions such as recount, a multi-experiment resource of analysis-ready RNA-seq gene count datasets. Dr. Leek helped develop the tool to automatically process all publicly available data into manageable datasets ready for download, which quickly became an invaluable resource that many people in the field count on for their work.

Dr. Leek has also been a major voice for the statistical and data science community, starting the extremely popular Simply Statistics blog with Roger Peng and Rafa Irizarry. Through this blog, he has shared significant ideas related to the importance of statistical thinking in data analysis and encourages statistical experts to get more involved in work that requires data analysis skills. One example of the influential nature of his blogs is his post “The keyword in “Data Science” is not Data, it is Science” which is cited for the definition of data science in the first sentence of the Wikipedia article on data science. Collectively, his posts have been read more than 1 million times.

Perhaps most importantly, Dr. Leek has dedicated an enormous amount of his time and effort to data science education. He developed one of the first and most successful data science online educational programs, now having enrolled more than 8 million people in his online open courses. More recently Dr. Leek launched Data Trail, a no-cost educational program aimed at equipping members of underserved communities with the skills and support required to work in data science. The program provides a unique mutually-intensive learning experience (MILE) that supports both scholars in gaining technical and soft skills needed to enter the data science field, and mentors in training needed to be impactful mentors and informed colleagues on diverse data science teams.

Dr. Leek truly embodies the spirit of this award that honors the legacy of Dr. Myrto Lefkopoulou. We look forward to honoring him and continuing to follow his outstanding career.

Dr. Leek received his PhD in Biostatistics in 2007 from the University of Washington’s Department of Biostatistics under Professor John Storey, writing his thesis on “Surrogate variable analysis.” After a postdoctoral fellowship at Mount Sinai, he became a postdoc and later rose to professor at the Johns Hopkins Bloomberg School of Public Health, where he also was the Co-Director of Johns Hopkins Data Science Lab. In 2022, Dr. Leek accepted at role at the Fred Hutchinson Cancer Research Center where he is currently Vice President, Chief Data Officer, and J. Orin Edson Foundation Professor of Public Health Sciences. The Myrto Lefkopoulou Distinguished Lectureship was established in perpetuity in memory of Dr. Myrto Lefkopoulou, a faculty member and graduate of Harvard School of Public Health. Dr. Lefkopoulou tragically died of cancer in 1992 at the age of 34 after a courageous two-year battle. She was deeply beloved by friends, students, and faculty.

Each year the lectureship is awarded to a promising statistician who has made contributions to either collaborative or methodologic research in the applications of statistical methods to biology or medicine, and/or who has shown excellence in the teaching of biostatistics. Ordinarily, the lectureship is given to a statistician who has earned a doctorate in the last fifteen years. The lecture is presented to a general scientific audience as the first Department colloquium of each academic year. The lectureship includes travel to Boston, a reception following the lecture, and an honorarium of $1000.

Nominations are welcome for next year’s award, to be given in September 2022.

Nominations should include a letter describing the contributions of the candidate, specifically highlighting the criteria for the award, and a curriculum vita. An other supporting materials would be extremely helpful to the committee.